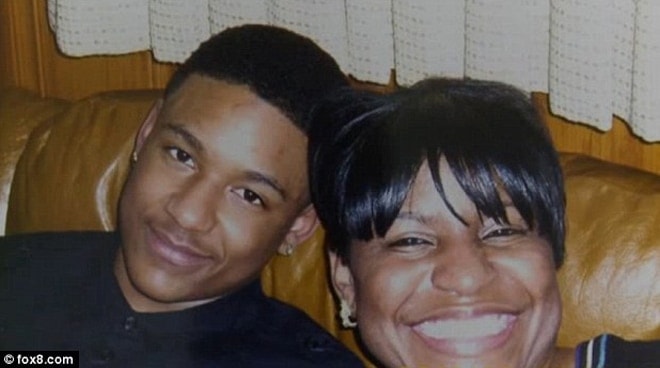 “My child was my world. I no longer have my son. I will never see him again,” said Shawna Smith, Kenneth Smith’s mother. (Photo: Fox)

The family of a 20-year-old man who was fatally shot by a Cleveland police officer in March 2012 was awarded $5.5 million Tuesday after a federal jury decided that the officer used excessive force, despite a county prosecutor’s decision last year that the shooting was justified.

The altercation occurred when officer Roger Jones, who had been with the department since 2007, was leaving a gentleman’s club just before 3 a.m. and witnessed gunshots being fired from inside a gold Saturn following a fight in the parking lot. Jones called the police department from his cell phone and pursued the vehicle, which contained three individuals, including 20-year-old Kenneth Smith, an aspiring rap artist who had no prior criminal history.

Jones caught up to the vehicle, by which time responding officers were on the scene. According to Jones, he repeatedly instructed Smith to put his hands in the air, but when the young man made a gesture as if he were reaching for a gun – which Jones said he could clearly see – Jones busted out the window of the car and fired a single shot inside, striking Smith in the head.

Smith was transported to the hospital, where he was pronounced dead. Authorities recovered a handgun from the vehicle close to where Smith was sitting.

But Smith’s family does not exactly believe the officer’s account of what transpired and to add further confusion, there were conflicting reports of what happened in the moments before Jones opened fire, with some witnesses claiming Smith was standing outside of the car with his hands up when he was shot.

“Officer Jones did what an officer is trained and expected to do when faced with dangerous criminals firing weapons. He fulfilled his duty,” Williams wrote. 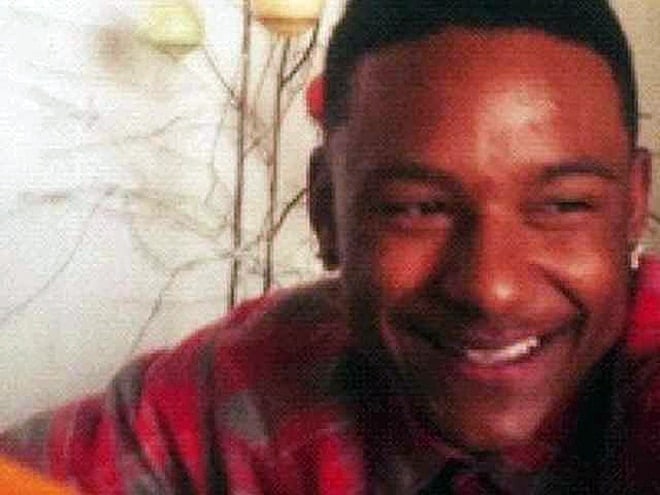 Kenneth Smith, 20, was attempting to get a job at the post office, but his true passion lied in music. (Photo: ABC)

But Smith’s family filed the civil suit the year prior to McGinty’s ruling and claimed that the amount of force used was excessive and unnecessary.

According to Terry Gilbert, the family’s attorney, the jury’s decision showed that they agreed Jones’ actions were not appropriate, according to a local ABC affiliate.

As part of the settlement, the family was awarded $4.5 million in wrongful death damages, in addition to $1 million for survivorship damages.

Shauna Smith said that although her son was taken from her and she will never again have the chance to see him, she feels like some form of justice has been served.