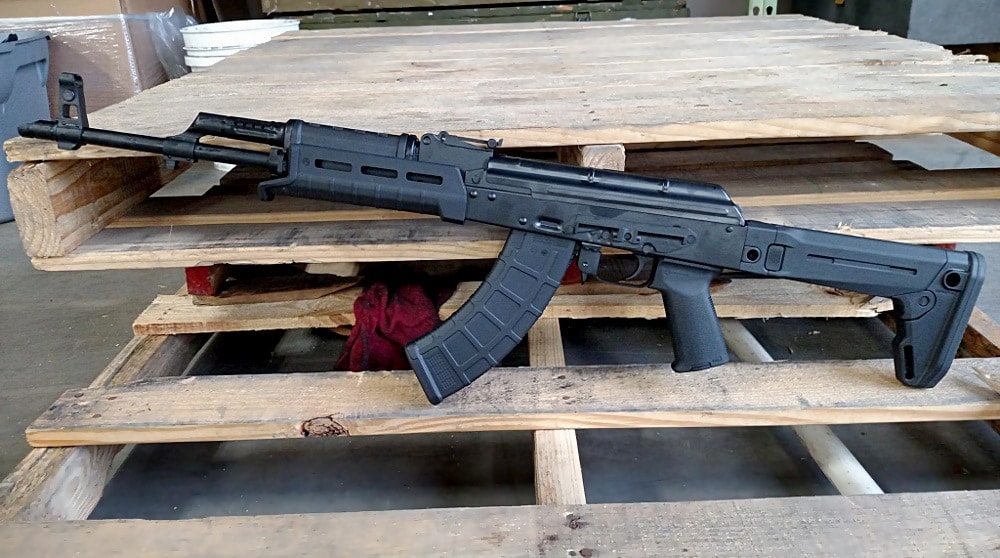 Destructive Devices Industries now offers its AK rifles with Magpul’s latest MOE and Zukhov furniture sets. DDI has been selling AKs with the Zukhov kit for a little while, but the company is now shipping AKs with the more affordable MOE set at a lower price point.

DDI is working hard to establish themselves in the growing American AK market with mid-range rifles. A relatively new company, DDI works with new and surplus components to deliver a product with a superior barrel and finish than most other AK builders provide for the money.

Adding Magpul furniture to the mix is a real “no-brainer” for DDI, and it’s able to put these rifles on the market for less than what it can cost to buy a vanilla AK and upgrade it with Magpul components. It also rules out any compatibility problems since not all AKs are alike and sometimes third-party accessories can be tricky to install.

DDI has three Magpul packages to choose from, all in the $749 to $849 range. They have a pure MOE AK, with a MOE handguard, pistol grip and fixed stock, a pure Zhukov edition with the enhanced, extended handguard and side-folding stock and a hybrid model with a MOE handguard and Zhukov buttstock. They’re available from multiple retailers including Atlantic Firearms, Circle 10 AK and Classic Firearms.

The Green Mountain barrels offer consistent concentricity and may be suppressed. (Photo: DDI)

The Magpul parts feature universal M-Lok accessory mounts and provide loops and sockets for traditional and quick-detach slings. Each rifle ships with one 30-round Magpul PMag. The receivers are also equipped with standard AK side rails for optics.

On top of that the receiver is finished with KG Gunkote, which not only helps it look uniform and slick it’s adds another layer of protection from wear and tear and the elements. Combined with the nitride finish these rifles promise a long life cycle and good barrel life.

These DDI rifles are built on U.S.-made receivers using a combination of American and Hungarian components to keep prices down without sacrificing quality where it counts most.