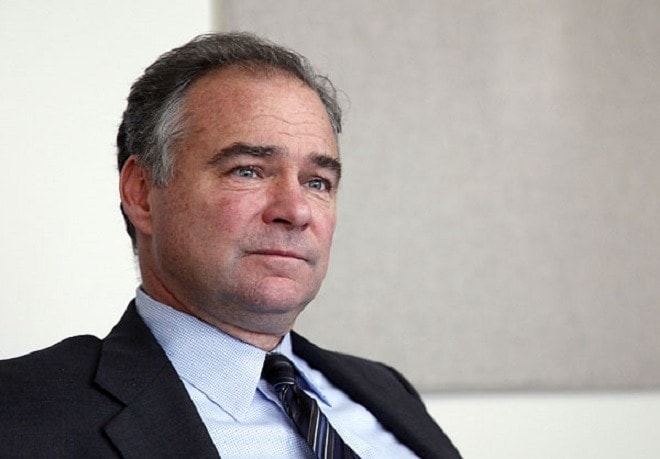 Sen. Tim Kaine, D-Va., introduced his “Responsible Transfer of Firearms Act” Tuesday to make it a crime to sell guns to criminals.

The lawmaker’s proposal, preambled with a 15-minute speech on the Senate floor, invoked the memory of two Virginia journalists, Alison Parker and Adam Ward, killed on-air by a disgruntled former co-worker – although Kaine admitted the measure would likely not have prevented their deaths.

“As recent tragedies in Virginia and across the country have shown, the gun laws in our country have done little to stem senseless gun violence,” said Kaine in a statement. “These numbing incidents in urban, rural and suburban communities are made worse by the lack of accountability in those instances where the tragedy might have been prevented.”

Kaine’s legislation, the Responsible Transfer of Firearms Act aims to hold a gun dealer or transferor criminally liable unless they “demonstrate they took reasonable steps to prevent a weapon from falling into prohibited hands.”

The Virginia Democrat argues current federal law on private transfers only requires that they did not know the recipient was one of nine categories of prohibited person beforehand, while his bill would mandate they take further measures to determine if the transfer is legal or risk criminal liability later.

The bill as written is vague, falling short of actually defining what steps are reasonable before proceeding with the transfer.

However, the National Shooting Sports Foundation, the trade group for the gun industry, feels the proposal is something of a solution looking for a problem and federal law is already clear on the matter of giving guns to those who are barred from having them.

“Sen. Kaine is seemingly unaware that it is already a federal crime to transfer a firearm to someone you know or have reasonable cause to believe is a prohibited person, and that a licensed dealer must conduct a background check on a buyer before selling them a firearm,” Lawrence G. Keane, NSSF senior vice president and general counsel, told Guns.com on Wednesday.