FSU backpedals on guns in trunks on game day after lawsuit 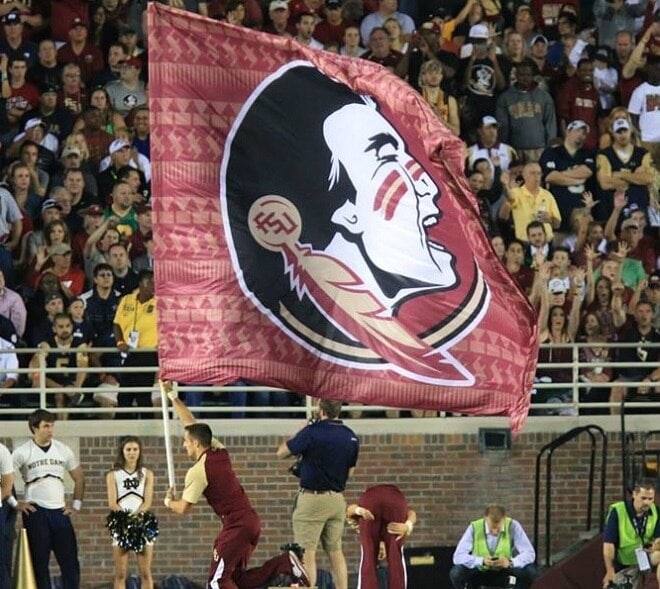 FSU confirms concealed carry permit holders can bring their guns to Doak S. Campbell Stadium this weekend as long as they are locked in their trunks. (Photo: Ken Fields/FSU Facebook)

Earlier this month, FSU posted that weapons were not permitted to be stored in a vehicle on campus at any time – including events at Doak Campbell Stadium – potentially affecting the gun rights of some 85,000 or more fans on hand for Seminoles’ games.

This led FSU graduate student Bekah Hargrove and Florida Carry to file suit Tuesday, citing the university was overstepping its mandate and violating state preemption law upheld by the courts in 2013.

“FSU’s policy was modified two years ago to recognize this exception, following a court case involving another university that clarified the issue,” reads a statement to the Tallahassee Democrat in reference to the lawsuit. “To the extent that Florida Carry objects to language on an FSU web site on football game day operations, that site was inadvertently not updated to reflect the 2013 policy change and has since been modified.”

The guidance banning guns at the stadium on game days posted earlier this month has been removed.

University officials now state students and visitors coming to the facility, provided they have a concealed carry permit, can lock their guns in their trunks.

Nevertheless, Florida Carry isn’t letting the school off the hook, contending fans without permits shouldn’t have their rights taken away by a local policy.

“Once again FSU is misrepresenting the law and creating their own policies in the preempted area of firearms regulation,” Florida Carry President Sean Caranna told Guns.com Wednesday.

“We appreciate their efforts but they have just traded one violation of the law for another. Their attorneys are obviously not experts in Florida firearms and weapons laws and FSU has made no attempt to work with us to help bring the university into compliance,” Caranna said. “The newest policy is still more restrictive than state law and illegal.”