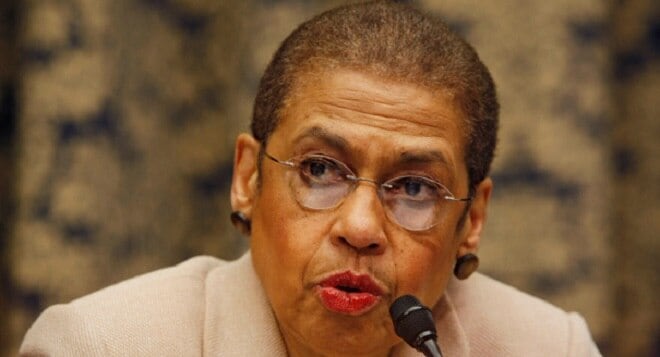 With Congress returning from recess this week, a bipartisan group in the U.S. House is seeking change to gun laws.

“Congress needs to pass strong national gun laws to reduce gun violence before it escalates, as gun violence did in the 1980s and 1990s,” said Holmes Norton in a statement, seeking action on stalled proposals to resurrect a federal assault weapon ban and requiring background checks for all gun transfers.

She held up the District’s strict gun laws, the target of a litany of federal lawsuits, as a model for the rest of the country, while calling for them on a national level.

“The District of Columbia has enacted strong, sensible gun violence prevention laws, but their effectiveness is being undermined by weak federal gun laws and permissive laws in surrounding states,” said Holmes Norton.

The resolution also proposes to honor the victims of gun violence.

In conjunction with a letter from Mexico’s ambassador in support of their efforts, a bipartisan group of lawmakers to include Reps. Carolyn Maloney, D-NY, Patrick Meehan, R-Penn., Robin Kelly, D-Ill. and Peter T. King, R-NY., on Wednesday introduced the House version of legislation that would make selling guns to a prohibited possessor worth 20 years in federal prison.

The sponsors contend there is no federal crime that specifically recognizes gun trafficking.

“Every gun used in a crime was first obtained legally and then found its way into criminals’ hands through unlawful activity such as straw purchases and theft,” said Kelly in a statement. “Making gun trafficking a federal crime is a common sense measure that provides law enforcement the tools needed to effectively address our national epidemic of gun violence and gun crime.”

The bill would modify current law to make it a felony to transfer two or more guns in an instance where there is a reasonable belief that doing so would be in violation of the law. The crime would extend to those directing or assisting others in such transfers. Penalties for those convicted could run as high as 20 years with ringleaders facing 25.

Exceptions would be made for gifts and inheritances, so long as the recipient is not prohibited by federal, state or local law from owning a firearm.

“Once again, leaders from both parties in the House of Representatives have come together behind a commonsense proposal that would help keep guns out of the wrong hands and make our communities safer places to live,” said Mark Kelly, co-founder of Americans for Responsible Solutions.

A similar effort is underway in the Senate by Sen. Kirsten Gillibrand, D-NY, and co-sponsored by Sen. Mark Kirk, R-Ill.

The earlier attempt by the same two lawmakers, the Gun Trafficking Prevention Act of 2013, never made it out of committee but Gillibrand is more hopeful this time around.