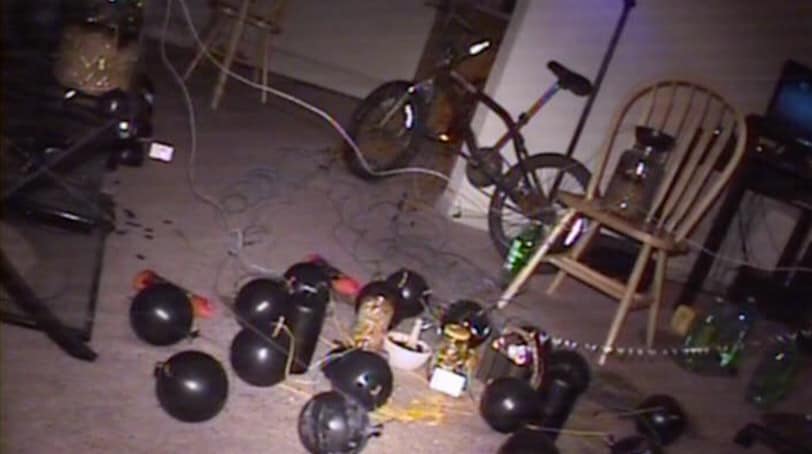 More than three years after a horrific shooting at a movie theater in Aurora, Colorado, the prosecutors that convinced a judge to put James Holmes behind bars for life have released bomb squad video of his booby trapped apartment.

Had the gunman’s plan been successful, the death toll could have been much higher.

Gary Smith, Army veteran and explosives expert with the Bureau of Alcohol Tobacco Firearms and Explosives, wasn’t shocked upon entering the perpetrator’s home, which was rigged with more than 20 explosive devices.

“No, I really wasn’t too scared,” he said. “It doesn’t surprise me to run across anything anywhere really,” he told KUSA. “It’s just a matter of time before something like that ends up here, kind of the way we look at it, kind of worst case scenario, you always try to think ahead.”

The video, initially obtained by ABC News, shows a remote controlled bomb squad robot opening the door to the apartment to reveal a floor covered in black balls with fuses and wiring attached.

Gun power, gasoline and motor oil were scattered across the beige carpet, according to a recently-released 62-page FBI report also obtained by the news network. Also connected to the bombs via wires were pickle jars full of bullets, gasoline and melted styrofoam – ingredients for makeshift napalm. The explosives were layered with thermite,  a composition which when ignited creates short bursts of high heat, and rigged to detonate by use of a remote or by trip wire.

Authorities said the 24-year-old gunman planned on luring an unsuspecting victim into the apartment by setting up a recording with 40 minutes of silence, followed by loud music, ABC reported – a diversion for the killing of 12 people and wounding of 58 more.

Colorado hadn’t felt the pangs of such a tragedy since 1999, when two teens entered Columbine High School and opened fire, killing 12 students and a teacher before committing suicide.

The judge wasn’t easy on Holmes during sentencing Aug. 26. The convicted killer received 12 consecutive life sentences, the most Judge Carlos Samour Jr. could give. One juror was all that stood in the way of the gunman receiving a the death penalty. The jury had previously rejected Holmes’ claim to insanity.

“Sheriff, get the defendant out of my courtroom, please,” Samour said, the courtroom breaking out into applause.