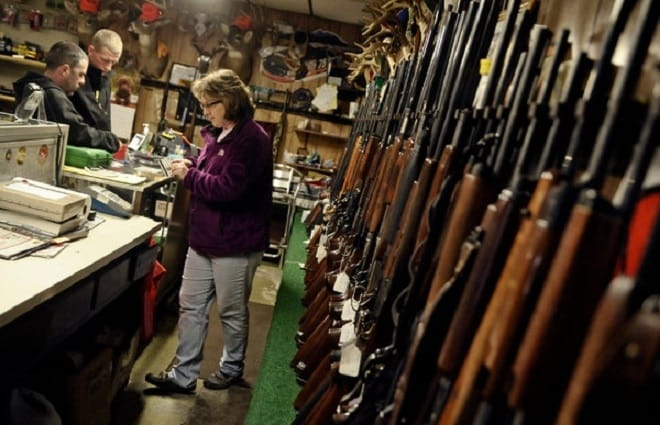 Gun sales are at a brisk pace as noted by statistics from the FBI corroborated by the firearms industry. (Photo: Larry Deklinski/The News-Item, via Associated Press)

The adjusted NICS National Instant Criminal Background Check System figures for April 2014 are 1,031,959 checks, the second highest on record in the 17-year history of the program.

In the seemingly ever-increasing rise in gun sales under the Obama Administration, the statistics released by the Federal Bureau of Investigation put the number of checks performed in August at 1,745,410, which is the highest on record.

“Americans especially women are increasingly exercising their constitutional right to keep and bear arms for self-defense and other lawful purposes like target shooting and hunting,” Lawrence G. Keane, NSSF senior vice president and general counsel told Guns.com Thursday. “When one looks at NICS data over time you see that this is a long-term trend, not simply a short term spike.”