Study: Defensive gun use not associated with reduction of injuries during a crime 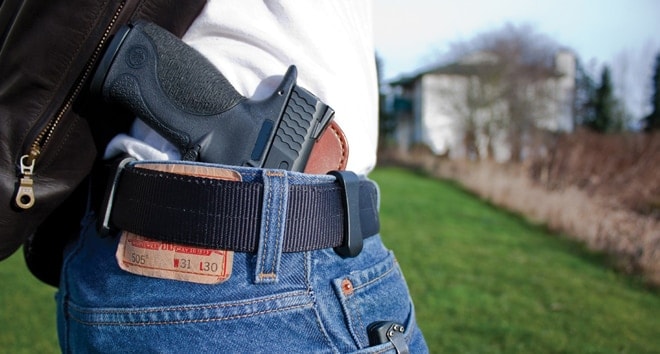 Researchers say having a gun is better than any other type of weapon, but does not necessarily decrease your odds of injury during a crime.

A study published in the October 2015 edition of Preventive Medicine indicates that victims who fought back with a gun were less likely to be injured after taking action than those armed with other types of weapons, but injuries of gun-toting victims were nearly identical to those who were unarmed and refused to fight back.

The study, which analyzed data from the National Crime Victimization Survey from 2007 to 2011 and sought to determine the effectiveness of guns used in self-defense as a means to prevent injury and property loss, was conducted by Sara J. Solnick, professor of economics at the University of Vermont, and David Hemenway, professor of health policy and director of the Harvard Injury Control Research Center.

The study focused on property crimes and personal contact crimes such as sexual and non-sexual assaults, verbal threats, and robberies, as well as burglaries and other thefts. The survey was conducted with approximately 90,000 households in the United States, focusing on individuals who experienced a victimization within the preceding six months, but excluded individuals living in military barracks or institutional settings. Participants, who were all over the age of 12, were interviewed a total of seven times. Victims were asked specifics of the attack in which they were involved, including whether or not the individual took any sort of action against their assailant during the attack.

Researchers found that of the more than 14,000 incidents in which they reviewed, less than 1 percent – 127 cases – involved a defensive gun use, with the primary demographics of those who used a gun in self-defense to be males who were away from home and in a rural area at the time of the incident. The majority of cases involving defensive gun uses included offenders who were male and also armed with a gun.

During the commission of these crimes, researchers found less than 18 percent of cases resulted in injuries to the victim, and the victims fought back less than half of the time. However, according to the study, those who were injured were more than twice as likely to fight back against their assailants, with more than a quarter of those fighting back reporting injuries, compared with 11 percent of victims who did nothing to stop the attack, even after being injured. Additionally, researchers found that only 4 percent of injuries occurred after the victim fought back.

“Running away and calling the police were associated with a reduced likelihood of injury after taking action; self-defense gun use was not.” Researchers said. “Attacking or threatening the perpetrator with a gun had no significant effect on the likelihood of the victim being injured after taking self-protective action.”

Researchers also pointed out that injuries were far less likely to occur to victims before they fought back against their attackers, when the victim’s actions included using a gun.

Researchers concluded, “A gun used in self-defense was not associated with a significant reduction in the likelihood of being injured during the crime.”