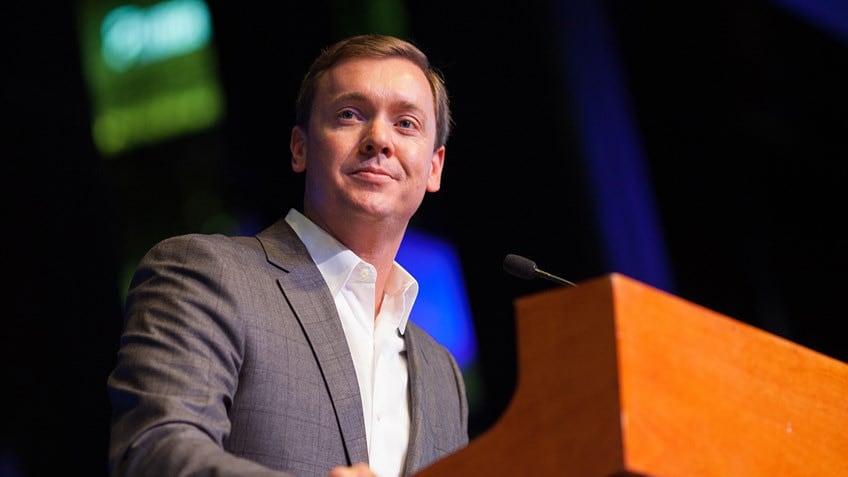 Two weeks after a pair of journalists were gunned down on live TV, a leader of the lobbying arm of the National Rifle Association penned an opinion piece not to discuss the incident but attack political opponents and promote mental health reform.

“It was difficult for all of us to watch the news that day. It was emotional, and you’d be hard-pressed to find a single person who wasn’t touched by the tragedy,” wrote Chris Cox, executive director of the NRA’s Institute for Legislative Action.

He added that Virginia Gov. Terry McAuliffe, presidential hopeful Hillary Clinton, and President Obama “chose to exploit a heart-wrenching situation to push their political agenda — and even worse, they did so before knowing all the facts.”

While the politicians mentioned did advocate gun control measures in the wake of the shooting, Cox expressed a rather contrived version of how the reactions played out.

Roughly three hours after the shooting on Aug. 26, McAuliffe discussed the incident during his scheduled radio show “Ask the Governor.” He broke the news that the shooter was a disgruntled ex employee of WDBJ, where the slain journalists, Alison Parker and Adam Ward, worked, and he said the incident is an example of why tougher gun restrictions are needed.

About an hour and a half later, around 11:48 am, police caught up with the gunman after he crashed his car and shot himself in the head.

The president spoke about the incident during a one-on-one interview with a local reporter and his words echoed his press secretary’s boilerplate response earlier that day.

“Obviously the current investigation is still taking place,” Obama said. “What we know is that the number of people that die from gun-related incidents around this country dwarfs any deaths that happen from terrorism. We’re willing to spend trillions of dollars to prevent terrorist activities but we haven’t been willing, so far at least, to impose some commonsense gun safety measures that could save some lives.”

“Right now Congress is bottlenecked in it, but you’re seeing state legislatures and cities take action in some places,” he said. “I hope that that grassroots movement to say that people can have guns for hunting and for protection but we can also of some commonsense rule like background checks — that those things will make a difference. My hope is that public pressure continues to grow.”

Clinton commented on the incident during a campaign event in Iowa. “We have got to do something about gun violence in America. And I will take it on,” she said and added, “It’s a very political, difficult issue in America, but I believe we are smart enough, we are compassionate enough to figure out how to balance legitimate Second Amendment rights with preventive measures and control measures.”

“In the case of expanded background checks, why would we expand something that is not working in the first place?” he wrote. “The list of mass shooters who passed background checks include the most recent tragedies in Roanoke, Lafayette, Chattanooga and Charleston.”

He offered “meaningful mental health reform” as a solution to prevent dangerous individuals from legally obtaining firearms even though in this particular instance the gunman “did not have a criminal record nor had he been adjudicated mentally ill or been committed to a mental institution, either voluntarily or involuntarily, in-patient or outpatient.”

In early August, the NRA supported a bill called the “Mental Health and Safe Communities Act” to improve state’s mental health reporting for background checks, but the bill has caught flak from both pro- and anti-gun groups.