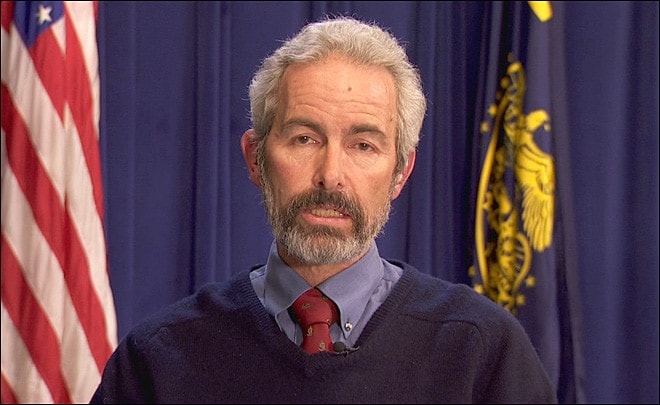 Oregon state Sen. Floyd Prozanski, D-Eugene, could well be on the cusp of a historic recall election. (Photo: KATU)

The secretary of state’s office is currently verifying over 10,000 signatures for the recall of the author of Oregon’s expanded background check law.

Sen. Floyd Prozanski, D-Eugene, is facing a grassroots push – organized in part by Oregon pro-gun advocates – seeking to put the lawmaker’s seat up for grabs over his sponsorship of SB.941, the state’s background check expansion which took effect last month.

The campaign turned in 10,504 signatures to the Oregon Secretary of State’s office for verification earlier this month. The state’s constitution requires 8,415 of those must come from within Prozanski’s district and must verify the signatures within 10 days.

“We are very pleased with the results of our effort and thankful for all the support we have received from both our volunteers and especially the Oregon Firearms Federation,” chief recall petitioner Patricia Duffy said in a statement.

While the verification process is moving forward, officials have similarly quashed a complaint filed by a pro-Prozanski lobby group which alleged the recall campaign violated election law as reported by Oregon Live.com.

“It’s clear the secretary of state’s office took a very narrow view” of the law, said Angela Martin, a political consultant for the Oregon Democracy Fund, who filed the complaint.

The campaign against Prozanski is the last one standing of a volley of efforts mounted in April to unseat not only the Eugene politician but also fellow Democrats Rep. Susan McLain, Sen. Chuck Riley and House Majority Leader Val Hoyle.

While the drives against Riley and McLain failed to garner enough signatures, the push against Hoyle only ended in July as the lawmaker announced she was stepping down.

In 2013, Colorado Senate President John Morse and Sen. Angela Giron were the target of recall efforts following their endorsement of strict, widespread gun control initiatives. Despite some $350,000 in funding from the gun control advocates to help defend their seats, Morse lost the recall by 343 votes and Giron lost by 4,154.

If election officials in Oregon find there are enough validated signatures against Prozanski to proceed, the senator has five days to resign his seat. Should he refuse to do so, a special election must be held within 34 days.

“We believe we have just enough valid signatures to have a recall election,” said Duffy. “Hopefully we will know by the end of next week.”