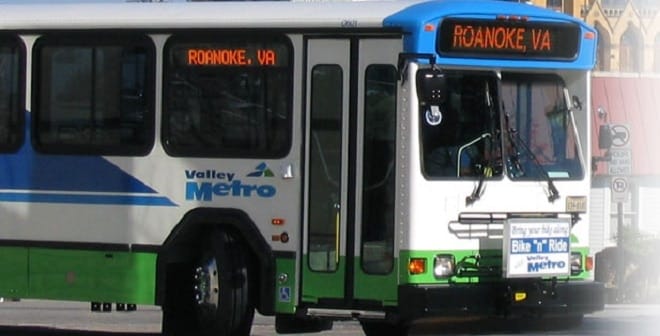 The 42-bus Valley Metro line this month came under scrutiny after an incident on a morning bus drew attention to their firearms guidelines. (Photo: Valley Metro)

Valley Metro, which services Roanoke, Virginia, in the span of a week first clarified then dropped its gun policy after it drew fire.

The policy came to light following a scuffle between two men on Sept. 3 during which Tyrone Hiawatha Lee, 68, allegedly pulled a handgun. Lee’s gun malfunctioned when he tried several times to fire it. Arrested after a brief standoff with officers, Lee, a felon, was arrested and charged with attempted malicious wounding as well as weapons charges.

This shed light on Valley Metro’s firearm policy, which was that of a total prohibition, as reported by the Roanoke Times.

Kevin Price, a manager for Valley Metro, then clarified the policy in fact was to ban the open carry of firearms, but allow lawful concealed carry with a permit.

Price’s characterization of the city-contracted bus service’s partial ban brought quick condemnation from local gun rights advocates, who contended both the municipality and its agents had no legal standing to make gun laws.

“The only thing Roanoke can control is shooting and hunting. You can say no shooting on the bus but you can’t say no open carry,” said Philip Van Cleave of the Virginia Citizens Defense League, promising to seek legal action if needed to topple the policy.

While Roanoke City Attorney Daniel Callaghan and Valley Metro refrained from further comment as they studied the issue, the bus line has for now apparently scrubbed its gun policy altogether.

The company’s website, which formerly had a “Do’s and Don’ts” section detailing a prohibition on the transportation of firearms, was deleted sometime this week and has been replaced with a notice that the site is, “currently under re-construction.”

As for Lee, he is being held at the Roanoke City Jail without bond.