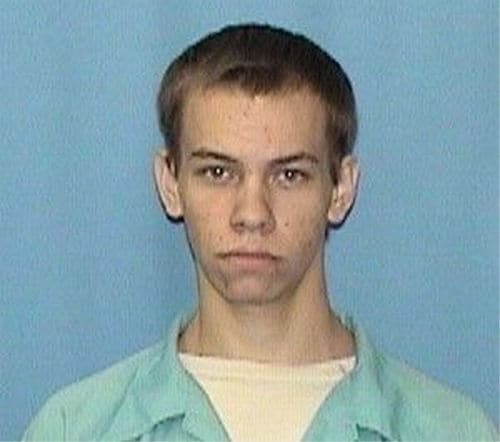 Dakota R. Moss, 19, and an unnamed 17-year-old accomplice planned to sell dozens of stolen firearms to protesters in Ferguson, Missouri, then join in the looting there. (Photo: AP)

A 19-year-old Illinois man who stole 39 guns from a gun dealer with intentions of selling them to rioters was sentenced last Friday.

Dakota R. Moss and an unnamed 17-year-old accomplice were arrested within hours of a November 2014 burglary after the pair stole a pickup truck from an area high school parking lot, then used it to help batter their way into the Buchheit agricultural store in Centralia, Illinois.

The teens told police they had discussed plans to take the stolen weapons some 70 miles into nearby Ferguson, Missouri, then sell them illegally to protesters in the area. Once sold, the two planned to continue their burglary spree by merging with the protests as a pretense for further looting.

Instead, Moss will now begin a sentence of up to 248 months in federal prison after a decision handed down on Sept. 11 in U.S. District Court for the Southern District of Illinois.

In April, Moss pleaded guilty to stealing firearms from a federal firearms licensee, possession of stolen firearms, being a felon in possession of firearms and carry and use of a firearm during a crime of violence, which carried a maximum sentence of up to 40 years.

According to court documents, Moss and his juvenile accomplice broke into Buchheit and stole 39 firearms including 29 pistols, nine rifles and a shotgun, making three trips over a nearly two-hour period between 2:40 am and 4:00 am. Both burglars told authorities they were armed at the time and intended to shoot anyone who tried to stop them.

Before authorities caught up to the thieves, they managed to sell two firearms, for which officials are actively searching. The other 37 have been recovered.

Both Moss and his accomplice were felons out on supervised release at the time of the spree. According to court documents, Moss was previously convicted in 2013 for unlawful possession of a stolen motor vehicle.

“Moss is facing a longer time in prison than the time he has been on this earth, and for good reason: this was potentially a horribly violent crime which could easily have led to massive numbers of deaths,” said U.S. Attorney Stephen R. Wigginton in a statement.

Moss was also ordered to pay $29,712.75 in restitution, pay a $400 special assessment, and serve five years of supervised release after his prison term is complete.