Two gang members shot, one stabbed when victim fights back 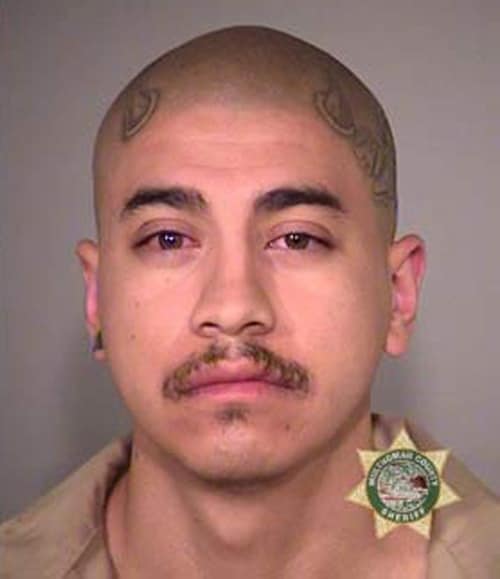 Eriberto Sumano died from a single gunshot wound after he unlawfully broke into a man’s home. (Photo: Fox 12)

More than a dozen officers responded to a flood of phone calls about a break-in at a mobile home park in Gresham, Oregon, just after 10 p.m. on Sept. 6 and when they arrived they found one man dead and two injured.

At the scene, police learned that homeowner fended off four men who tried to invade his home, according to press materials released by the Gresham Police Department.

The unidentified homeowner was beaten and stabbed on the face and back before he was able to grab a gun and open fire on the intruders. At some point during the altercation, the homeowner also gained access to a knife and stabbed one of the intruders. It is not known if the knife he used was the same knife used to attack him.

Eriberto Sumano, 25, who suffered a single gunshot wound, was pronounced dead at the scene, and a 16-year-old, whose name has not been released, was also shot and remains in the hospital.

The homeowner, who police said has no known gang affiliations, was treated for the stab wounds and released from the hospital the following day.

Authorities originally said they believed the victim was targeted in the attack, and later learned the four men went to the house with the intention to harm the 34-year-old homeowner’s friend, but when they discovered the friend was not there, the suspects decided to attack the homeowner instead.

The suspects, who are all known gang associates and appear to have prior criminal histories, now face charges for the assault as well as the home invasion.