Feds crack down on gun-owning felons in West Palm Beach

Four men were indicted on felony gun charges in West Palm Beach thanks to an increase in police presence following a recent spike in crime, the Justice Department announced Monday.

Following separate investigations by local and federal authorities, a south Florida federal court indicted Patrick D. Turner, Antonio Gaynus, Devontae L. Colbert, and Adrian Coleman, all of West Palm Beach, for being a felon in possession of a firearm. They appeared in court on Sept. 10. 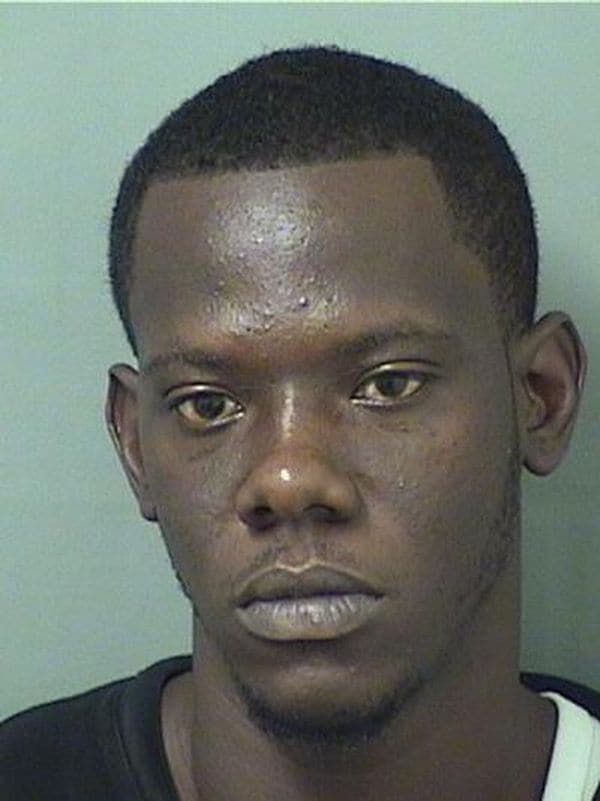 Police arrested Patrick Turner, who was convicted on a number of felonies dating back to 2002, around 1 a.m. on July 25 after he tried to hide from the officers, according to his criminal complaint.

During the patrol of an area that involved a number of recent shootings and homicides, officers approached three males who quickly ducked down behind a parked car.

The officers kept flashlights on them as they attempted to hide and as the officers advanced, one of the men, Turner, approached. Officers saw a butt of a gun hanging out of his pant’s pocket.

One of the officers asked if he had a concealed weapons permit, to which Turner answered, “No. I’m a convicted felon.”

The officer removed a rusty, black Yugoslavia model M57 chambered in 7.62x25mm loaded with eight rounds in the magazine and one in the chamber.

No other guns or drugs were found at the scene and the other two men were released.

Later, during an interview, Turner admitted to the officers to possessing the gun and said a friend gave it to him for a walk to the store.

If determined to an armed career criminal, Turner faces up to 15 years in prison if convicted. 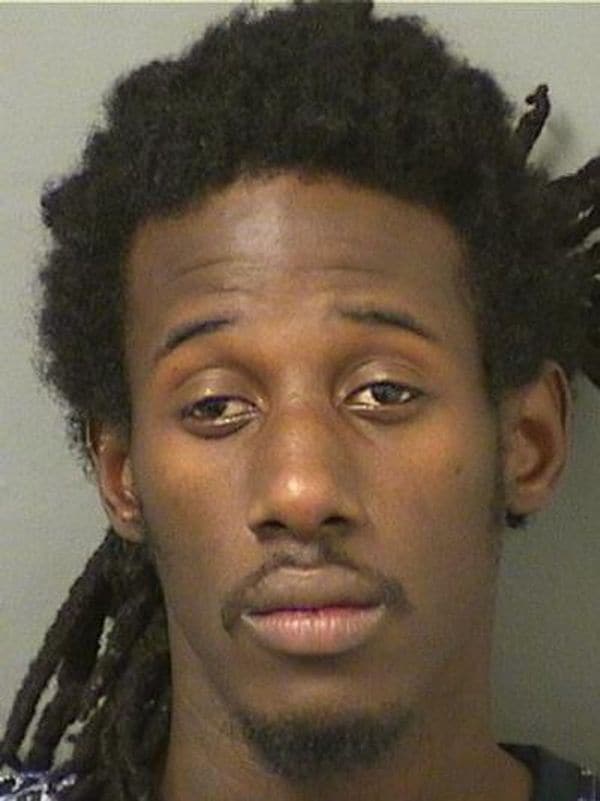 Police arrested Antonio Gaynus, who was convicted in 2014 for felony possession of cocaine, after a brief chase on July 24, according to his criminal complaint.

While patrolling in an unmarked police car, one of the officers spotted Gaynus on the street with two other men. However, when the officers stopped, Gaynus also recognized the officer.

The complaint says Gaynus pulled on his waistband, which the officer thought was in preparation to run, and then revealed what appeared to be the outline of a gun. With his pants yanked up, he ran and the officer followed suit.

Ignoring commands to stop, Gaynus continued to run but fell after he jumped a chainlink fence. The officer attempted to arrest him, but he resisted. During the struggle, the officer punched Gaynus twice and was then able to put him on the ground.

As the officer ordered him to put his hands behind his back, Gaynus started to reach for his waistband with his right hand. He yelled, “I got a gun, man. It’s crazy out here, ——“

But the officer was able to secure Gaynus before an incident and retrieved a loaded Sig Sauer P232 9mm handgun.

Later, inside the interview room, Gaynus was seen pacing around the room saying to himself, “convicted felon” and “Leave the gun at home. Leave it home.”

During questioning, Gaynus told officers he was carrying the gun for protection.

“I have to protect me. Niggas getting shot everyday around here,” he said.

In response to where he obtained the gun, he said, “Man, I found the gun. Just look down ——, you can find stuff all over the place out here.”

If convicted, Gaynus faces up to 10 years in prison. 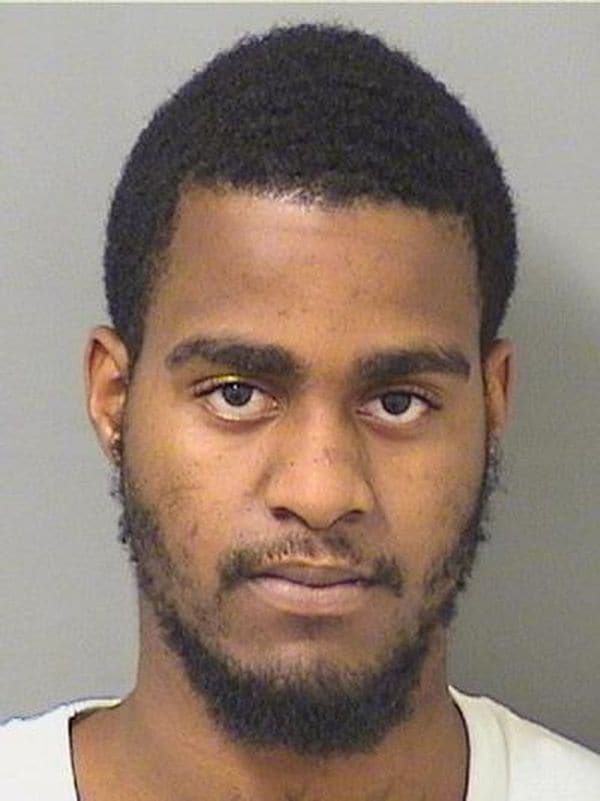 Police arrested Devontae Colbert, who was convicted on felony charged in 2013 and 2014, around 4 p.m. on June 29 after getting shot three times, according to his criminal complaint.

Police were responding to a calls of gunfire near an adult education center. The school’s principal told officers she was outside when the gunfire erupted and quickly ducked behind a concrete column when she heard the sounds and was subsequently struck by debris.

Another witness, who was inside her car, said after she heard the noise, which she thought were fireworks, she saw a man run into the school’s parking lot and throw an object on top of a metal storage building. The man, Colbert, then yelled for help.

Responding officers recovered the object, a Smith & Wesson SW40VE .40-caliber pistol, from the roof and it had fresh blood on it. The handgun had a round in the chamber and four loaded into a magazine, which can hold up to 15 rounds.

Despite the findings, Colbert told investigators that he tried to run away after a masked man attacked him. He also said that the gun was not his nor did he shoot at his attacker. But DNA evidence proved otherwise.

Police compared the DNA profile found on the items with Colbert’s and it matched. Also, a search of the gun’s serial revealed that it was reported stolen to authorities in Palm Beach County on Nov. 25, 2014.

About two months after the incident, on Aug. 21, Colbert was arrested on an outstanding warrant from the shooting. During an interview, he admitted to running from a gun battle with an unknown assailant. He said he had a “full clip” at the start of the fight.

If convicted, Colbert faces a maximum of 10 years in prison. 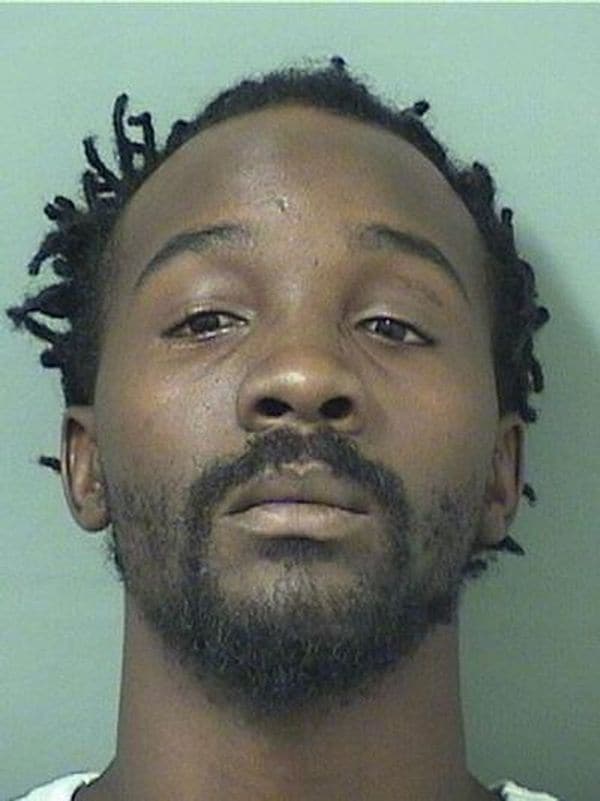 Police arrested Adrian Coleman, who was convicted of a number of felony charged dating back to 2007, on July 15, according to his criminal complaint.

Officers were patrolling an area that was subject to a recent increase in robberies, and spotted a grey Chevy sedan with three men inside. They searched the plates and learned the car was reported stolen.

At a traffic light, the officers witnessed one of the men in the Chevy throw a “green leafy substance” out the window. After following the car for a brief while, the officers stopped the car and asked that the three men show their hands. At that time, the rear passenger door swung open and a passenger, Coleman, started to run away.

With the door open, the officers saw a handgun tucked inside the pocket of the door. One of the officers stopped Coleman about 15 feet away from the car, and then both officers detained the driver and other passenger.

During a search of the car, officers recovered the loaded pistol, a Para-Ordinance P12-45.

In questioning, Coleman said he and the other two men were riding around in a car a friend loaned them and denied knowing it was stolen, but he admitted to possessing the gun and that he put it in the door because he knew the police were behind him.

Coleman, who claimed he needed the gun for protection because of all the shootings in the area, said a friend, who got the gun from a dealer, gave it to him.

According to the complaint, Coleman qualifies as an armed career criminal. He faces up to 15 years in prison if convicted.