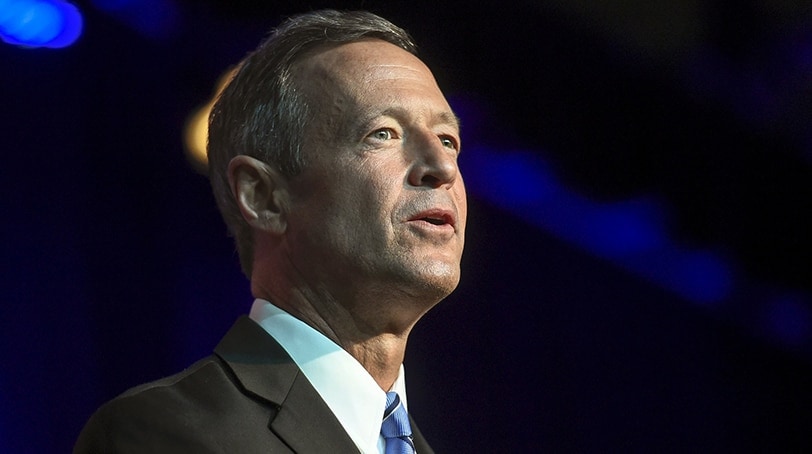 In an attempt to end “the epidemic and sickness of gun violence in the United States,” Democratic presidential candidate Martin O’Malley on Monday said he would take on a longstanding law protecting gun manufacturers and retailers from liability in crimes committed using their products.

The former governor of Maryland vowed to cut the number of annual gun deaths in the country by half – which by some estimates amount to roughly 30,000 – by repealing the 2005 Protection of Lawful Commerce in Arms Act, The Guardian reported.

O’Malley said the law was the result of heavy lobbying on the part of the National Rifle Association “flexing their political muscle to protect special interests.”

A judge in June chided lawyers with The Brady Center to Prevent Gun Violence following his dismissal of the gun control group’s suit brought against Colorado firearms retailer Lucky Gunner and others for their hand in supplying the guns used in the Aurora theater shooting.

“Those who ignite a fire should be responsible for the cost of suppressing it before it becomes a conflagration. … The Brady Center may be pursuing a righteous cause, but the defendants should not have to bear the burden of defending themselves in this inappropriate forum,” Senior District Judge Richard P. Matsch wrote in his opinion.

In an international example of holding gun manufacturers’ feet to the fire, Sig Sauer was sued over its alleged illegal export of firearms to Mexican drug cartels, which resulted in the murder of a prominent human rights activist five years ago.

The recent cases have have some calling malfeasance on the German government for its alleged complicity in allowing for its manufacturers to export gun into Mexico, helping to fuel the drug wars there.

Though it’s still early in the bid for a 2016 U.S. presidency, chief among the important topics of our time being discussed is guns.

The topic of gun rights was broached in the first Republican primary debates hosted by Fox News last month, with several candidates furthering the conversation in media interviews thereafter.

CNN hosts the next Republican debate scheduled for Wednesday and we expect to hear more about the Second Amendment and a U.S. gun rights opposition to the United Nations Arms Trade Treaty, an international agreement which regulates the flow of conventional weapons. The United States has already said it would not ratify the treaty, but it remains a talking point in the gun rights circle nonetheless.

What we certainly won’t hear from candidates vying for the Republican Party nod is anything that resembles gun control – that will be left to Democrats, whose party will begin vetting candidates in its first round of debates hosted by CNN next month.

The candidates for that debate have not yet been chosen, so it’s unclear if O’Malley will make the cut. Whether or not Democratic frontrunner Hillary Clinton will discuss the 2005 act O’Malley has vowed to repeal is also unknown, though she voted against it while serving as senator for New York.