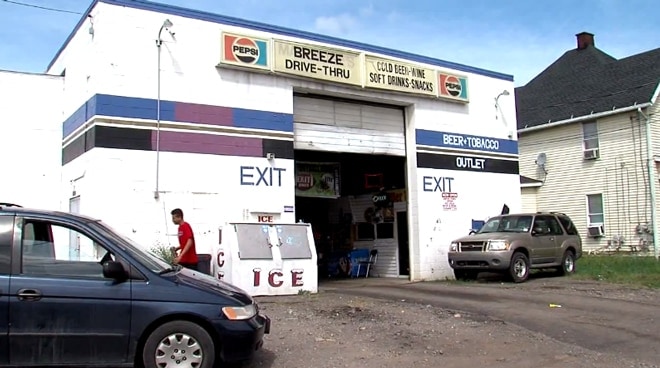 A nearby resident called 911 after hearing the exchange of gunfire at the drive-thru store. (Photo: ABC 5)

The owners of a drive-thru convenience store in Canton, Ohio, foiled one man’s plans to rob their business last week, when they reached for a gun of their own and fired on the suspect.

Jamal Mhawesh immediately felt something was awry when he saw the man – who was dressed in all black and wearing latex gloves – walk up to the Breeze Drive-Thru around 10:30 p.m. on Sept. 9, according to a report by a local ABC affiliate.

Mhawesh was working alongside his wife, Amanda Kauffman, and tapped on the cabinet to call her attention to the man. The non-verbal communication between the couple worked brilliantly and Kauffman reached into the cabinet for her husband’s .357 Magnum and promptly handed it over to him. Mhawesh, in turn, kept the gun handy as he kept an eye on the man who was walking up to the counter.

The suspect asked for a Red Bull, cigarettes and cigars, but then grabbed a gun from his pocket. However, Mhawesh proved to be a bit faster than the suspect, grabbed his own gun and fired two shots at the suspect, who quickly fled from the scene, but not before firing at least half a dozen shots of his own. 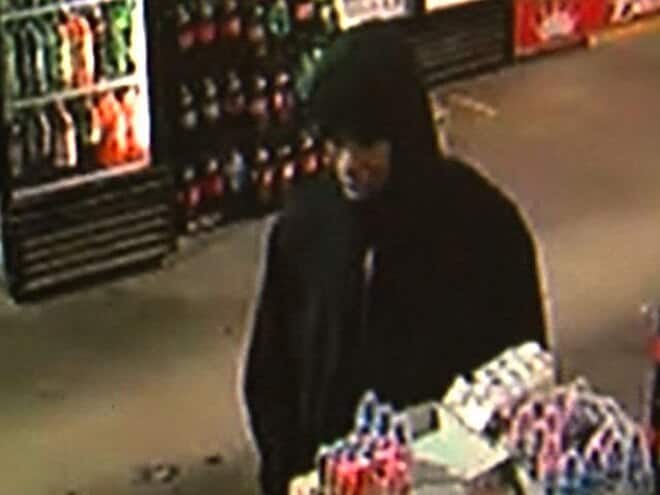 An image of the suspect taken from the store’s security cameras. (Photo: ABC 5)

The entire altercation lasted less than a minute and was captured on surveillance video. Neither of the store owners were struck by the gunfire and investigators do not believe the suspect was hit either.

“The only thing I was thinking is, ‘I want to go home safe,’” Kauffman recalled. “You know, I have kids at home and I just wanted to get there with them.”

Although the suspect’s identity is not known at this time, authorities have reason to believe he may also be responsible for a robbery at a Chinese restaurant that occurred about an hour prior.