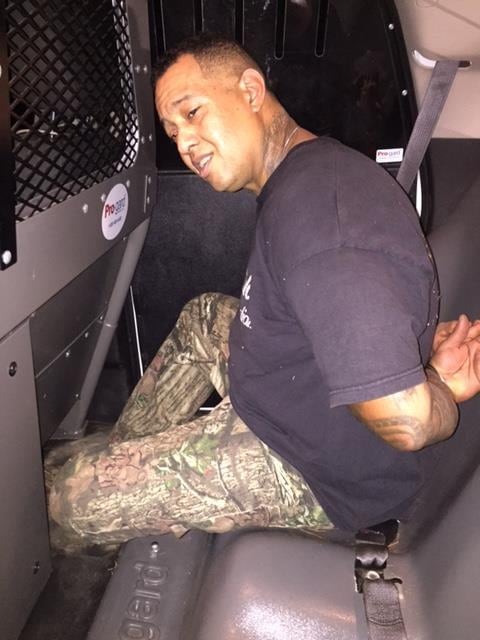 A potentially deadly situation at a Bullard, Texas, church Sunday afternoon ended without injury thanks to a pastor who calmly talked down a man who entered the church with a gun and went on a rant about killing infidels.

When Rasheed Abdul Aziz entered the Corinth Missionary Baptist Church several hours after the Sunday morning worship service was over, he was dressed in camo and tactical gear, carrying a concealed gun, and immediately sent shivers down the spine of Rev. John D. Johnson II.

“Every hair on my neck just stood up,” Johnson told the Tyler Morning Telegraph the day after the incident occurred. “It was almost like you could just like feel the presence of just negative energy.”

Aziz was obviously agitated and talked about Islam, the slaying of infidels and what God had called him to do, but also indicated that he was torn about what he should do.

“He said, ‘People are going to die today,’ that’s what he said to me,” Johnson recalled.

But before Johnson had become a pastor, he was a parole officer with prior training in verbal de-escalation and crisis prevention. He also had experience in dealing with mentally ill individuals, and “immediately, just like clockwork,” Johnson said his training kicked in. The pastor talked calmly with the man, all the while positioning himself between Aziz and the door that led to the rest of those still in the church, which included several young children.

“I never gave him the power of feeling that he was in control, that I was frightened,” Johnson said. “I just continued to engage, but I was very cautious not to raise my voice or make any quick moves.” 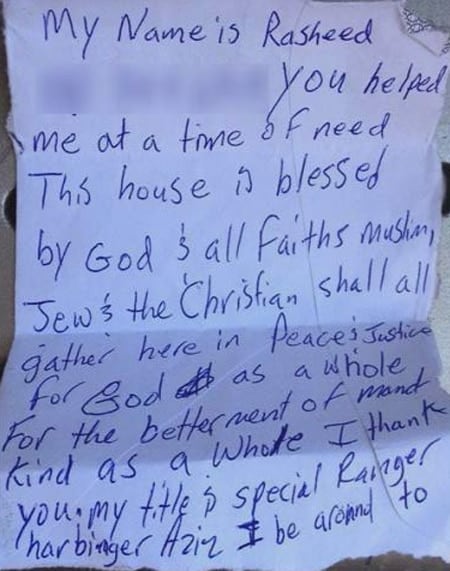 The situation intensified when Johnson noticed what appeared to be the outline of a gun in Aziz’s pocket, but the pastor continued to remain calm and asked the man to have a seat so they could continue to talk. As Aziz sat down, Johnson patted his shoulder – a move he used to get a closer look at Aziz’s pocket and confirm that it was, in fact, a gun in his pocket.

After Aziz sat down, Johnson told him he was going to take care of him and get the man what he needed, but before doing so, he needed to quickly tend to the children. Johnson used the opportunity to warn everyone to get out of the church. In the end, Johnson made the decision to leave as well, and by that time the police had already been called by a member of the church.

Johnson said as he and the rest of the congregation drove away from the church, he saw Aziz exit the building a flash a peace sign in his direction. The following day, a deacon discovered Aziz left something behind – a note thanking the church for their kindness.

“That note was in stark contradiction to what he did in deed and statement,” Johnson said.

The note read, in part, “You helped me at a time of need, this house is blessed by God and all faiths.”

Nonetheless, Aziz had already made threats to those inside the church and Smith County deputies caught up with him Sunday night, still armed with a pistol and dressed as he was when he entered the church. He was taken into custody without further incident.

Meanwhile, Johnson, along with his entire congregation, are thankful for the way things played out.