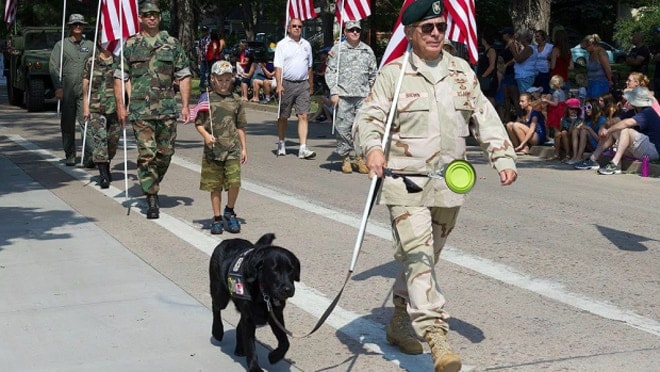 When Major Diggs Brown recently went to the Chicago restaurant Cochon Volant to eat breakfast, he was shocked when the hostess asked him to leave because he was accompanied by his service dog, Arthur.

Brown, who has served in the Army for more than 30 years, attempted to explain to the woman, named Hannah, that the American Disabilities Act allows Arthur to go wherever he goes, but Hannah was adamant and told him he had to go. Brown left the restaurant – a bit humiliated – and when he returned home to Fort Collins, Colorado, posted about the incident on his Facebook page.

“It went viral,” Brown said. “The manager of the restaurant then called me personally and then emailed me apologizing.”

The manager assured Brown that the business would be reviewing protocol as well as their training procedures to ensure this type of thing does not happen again. The restaurant also confirmed that this incident was not a true representation of the company and issued a public apology via Facebook.

“It’s not my intent to destroy a restaurant,” Brown explained. “But it is my intent to make them aware that they have violated a law that not only affects veterans with dogs, but other people with disabilities with service laws and that they need to be aware that it’s discrimination.”

Arthur has been with Brown for over two years and has helped him in a number of ways.

“He does a lot of things,” said Brown. “He wakes me up from nightmares when I have them. When I have anxiety attacks, he calms me down. He saved my life and I’m even off the drugs.” 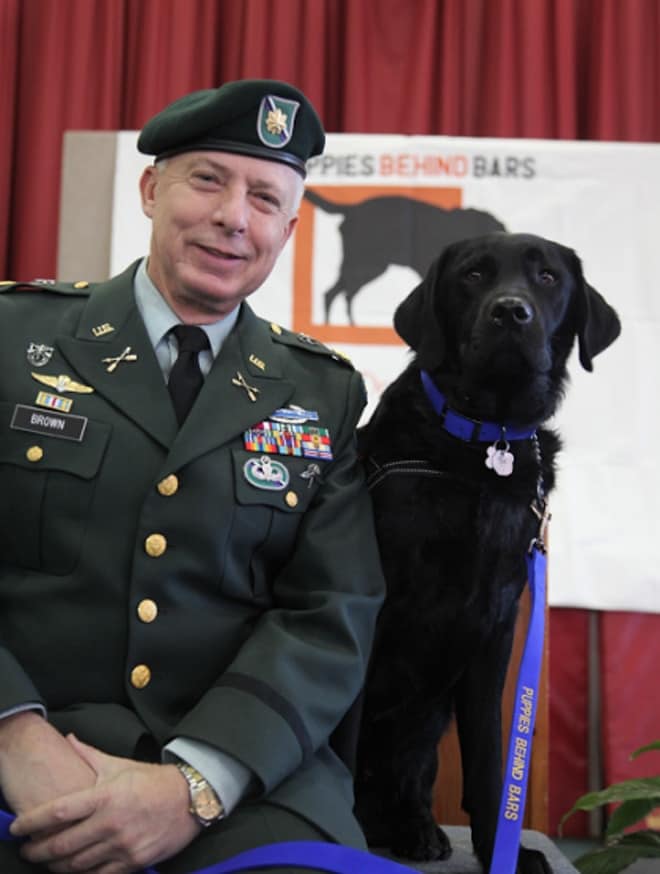