The Sidelock system, developed for Picatinny rails, lets users attach, remove and adjust optics without a significant shift in zero, something uncommon with your average mount. Introduced in May 2015 the Sidelock system locks onto the corners of a rail, which helps it stay in line with the bore. 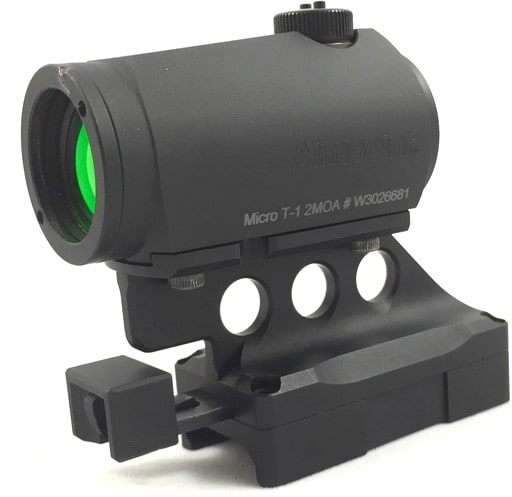 The Aimpoint mount combines the Sidelock mount with a “dogbone” style raised rib with a thin riser. As a bonus, the forward locking lever eliminates any knobs or lugs on either side of the base, which can be a problem with side-charging firearms. The Aimpoint Micro mount offers a lower-third cowitness with AR-height optics.

Sidelock is a spring-loaded locking system, providing a constant and consistent level of locking force, which is part of what helps provide a predictable return-to-zero. Similarly, Kinetic’s M-Lock mounting system uses spring-loaded tabs that go on and off without the use of any tools.

M-Lok is Magpul’s new universal mounting system. It has a lot of advantages over Picatinny rails that makes it ideal for handguards and other furniture interfaces but it uses screws to lock and unlock accessories. KDG’s M-Lok solution, like their optics mount, pops on and off with the push of a button. 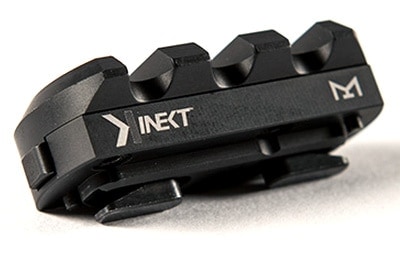 Here you can see the push-button tabs that lock the rail in place. (Photo: KDG)

Technically, two buttons, one for each M-Lok tab. KDG calls it their Kinect system, and has three options available today, two Picatinny adapter rails and a bipod mount developed specifically for Harris bipods that combines a fixed sling stud and base for Harris mounts. The rail adapters are available in 3- and 7-slot configurations and use one or two M-Lock slots.

These rapid-deploy mounting system automatically index and can be installed and removed on the fly bare-handed. Internally, they’re a little more complex than your standard bolt-and-screw mounts and they cost a little more, too. The short rail adapter has an MSRP of $49 and the long rail and bipod mount run $59.

The Aimpoint Micro mount is priced at $139, the same as the first Sidelock mount, which is very competitive with other premium red dot mounting systems. Combining the ease of installation with the mounts solid zero makes the KDG Sidelock that much more appealing.