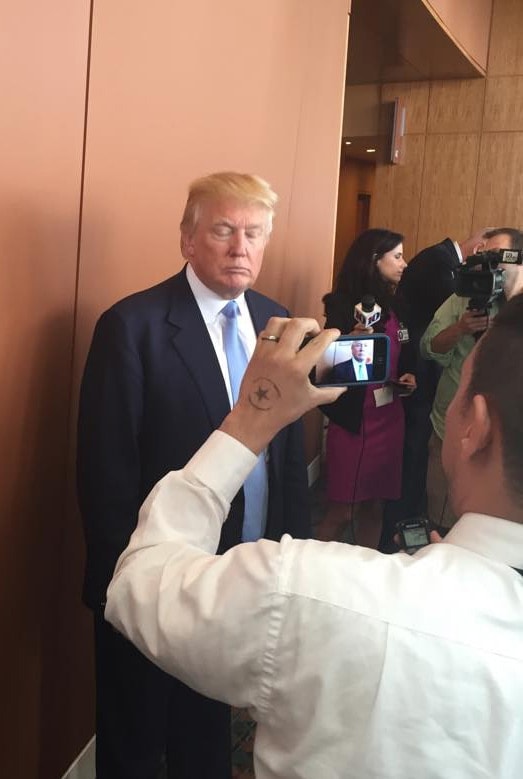 After weeks of campaigning, two debates and dozens of one-liners, Republican presidential candidate Donald Trump has committed to a second position with the same boastful tone that’s grabbed countless headlines across the country.

Along with immigration, on Friday, Trump named the Second Amendment as a major concern of his campaign (something one could deduce because there’s only two positions listed on his website).

“The Second Amendment to our Constitution is clear. The right of the people to keep and bear Arms (sic) shall not be infringed upon. Period,” Trump wrote.

In the post titled, “Protecting Our Second Amendment Rights Will Make America Great Again,” Trump addressed a number of topics about gun policy and highlighted boilerplate pro-gun arguments such as enforcing gun laws currently in place; fixing a broken mental health system; and defending the rights of law-abiding gun owners.

“We need real solutions to address real problems. Not grandstanding or political agendas,” he wrote.

He said gun and magazine bans are “a total failure”; a national right to carry “should be valid in all 50 states”; and U.S. troops should be able to arm themselves on bases and in recruiting stations.

He dismissed claims that background checks need to be expanded. “Too many states are failing to put criminal and mental health records into the system – and it should go without saying that a system’s only going to be as effective as the records that are put into it. What we need to do is fix the system we have and make it work as intended,” he wrote.

His position on the Second Amendment comes two days after CNN’s debate for GOP presidential candidates, which contained little commentary on gun rights.