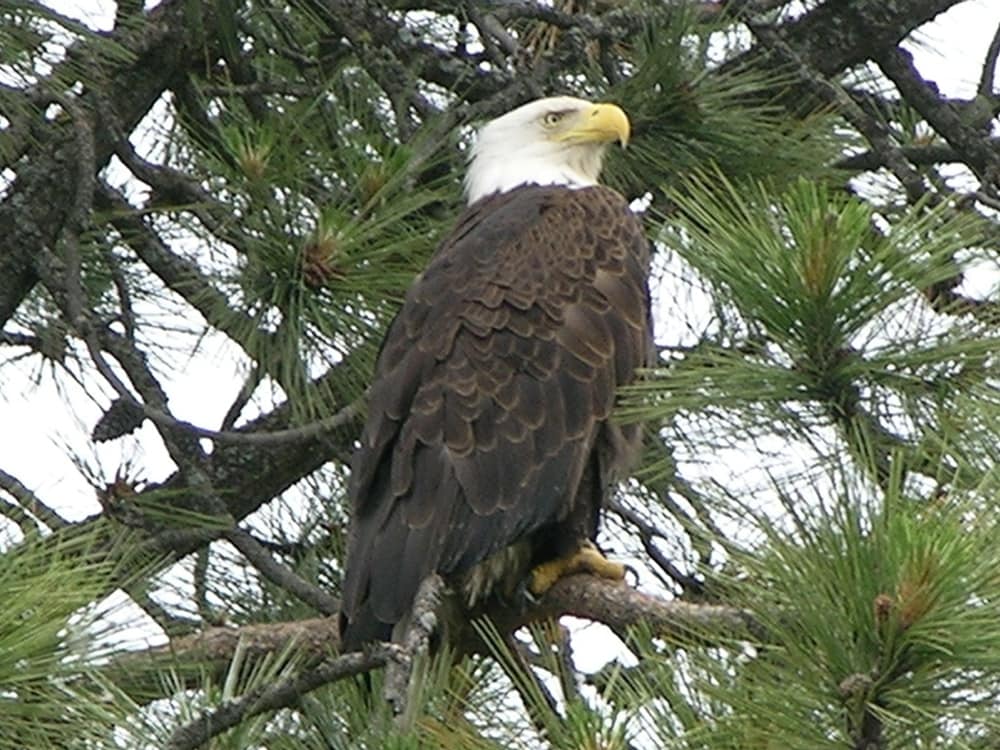 A bald eagle perched on a tree in Idaho.

A 24-year-old man was sentenced by an Idaho federal court to three years probation and 300 hours of community service for violations of the Bald and Golden Eagle Protection Act, the Justice Department announced Sept. 16.

The feds picked up the case after being contacted by the Coeur d’Alene Tribal Police after receiving a tip from a confidential informant who witnessed Brown-Sonder killing the birds.

Authorities searched Brown-Sonder’s home and found a large number of eagle and hawk feathers, as well as a wide array of bird skulls and feet.

In addition to probation and community service, Brown-Sonder has been ordered to pay $4,000 in restitution; forfeit all hunting permits, tags, stamps and licenses; and is prohibited from hunting and having possession of dangerous weapons during the term of his probation.