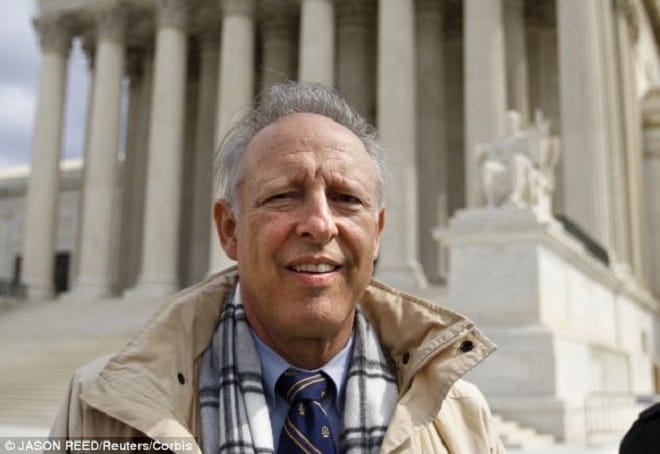 Dick Heller came out with a win this week when a federal court agreed that several of Washington D.C.’s gun laws are in violation of the Constitution. (Photo: Jason Reed/Reuters)

A federal appeals court in a 2-1 ruling Friday found a number of the District of Columbia’s gun registration requirements unconstitutional.

The U.S. Court of Appeals for the D.C. Circuit weighed in on the third installment of lawsuits brought about by Dick Heller, who has seen Washington D.C. officials in court numerous times in precedent-setting cases over the past decade.

Argued in April, the majority panel found on Sept. 18 that four out of ten points of the city’s 2008 Firearms Registration Amendment Act questioned by the Heller team of the District’s gun registration are in excess of the Constitution.

While upholding a number of requirements, those quashed include limits of one handgun a month, re-registration every three years, physically bringing the gun in for registration and passing a test on the city’s gun laws.

In the case of the city’s handgun rationing, the court found the District could not, “[J]ustify restricting an individual’s undoubted constitutional right to keep arms in his or her home, whether for self-defense or hunting or just collecting, because, taken to its logical conclusion, that reasoning would justify a total ban on firearms kept in the home,” wrote Senior Circuit Judge Douglas H. Ginsburg for the majority in a 46-page ruling.

“Because the District has offered no evidence from which the court can infer it reasonably concluded that knowledge of its gun laws, as shown by passing its test, will promote public safety, on this record the requirement must be held constitutionally invalid,” wrote Ginsburg.

Likewise, the court also scratched the city’s requirement to re-register every three years, stating it imposed a burden for those traveling or less able.

Finally, the majority found the District’s mandate to physically bring guns with them for inspection unlikely to contribute to public safety.

Stephen P. Halbrook helmed the case for Heller with a number of supporting amicus briefs from Second Amendment groups to include the National Rifle Association and Gun Owners of America.

“Today’s ruling is a substantive win for the Second Amendment and the residents of our nation’s capital,” said Chris Cox, executive director of the NRA’s Institute for Legislative Action, in a statement emailed to Guns.com. “For too long, the D.C. government has violated the constitutional rights of law-abiding citizens. The city has among the most restrictive gun laws in the nation; and yet one of the highest crime rates. This opinion makes it a little easier for lawful D.C. residents to own firearms for self-defense.”

Defending the District was Loren L. AliKhan with supporting briefs from the attorneys general of a number of states such as Connecticut and California who impose strict gun control that include mandatory registration.

In a dissent, Judge Karen Henderson, a President George H. W. Bush appointment, stated she found all of the District’s registration guidelines in agreement with the Constitution feeling them proper, “[T]o the District in its ongoing efforts to formulate a workable firearms policy for our Nation’s capital.”

D.C. Attorney General Karl A. Racine is weighing if the city will appeal directly to the Supreme Court or request a full rehearing via the en banc process.