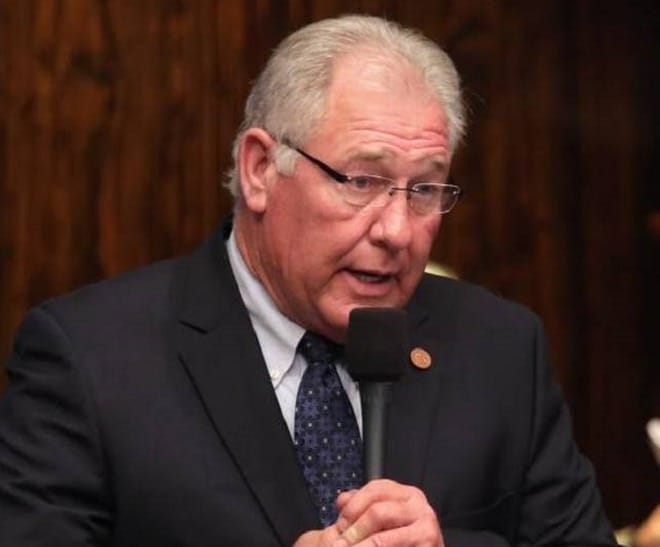 A pair of bills to expand gun rights on university property won criminal-justice committee votes last week while legislation to bring open carry to the state was introduced.

A Senate measure to allow licensed concealed carry rights on Florida’s public colleges and universities passed out of committee 3-2 on strict party lines while a companion House proposal saw a 8-5 victory in committee with one Republican jumping ship.

“I don’t feel like your constitutional rights should stop at a line in the sand,” said Sen. Greg Evers, R-Baker, who is sponsoring the Senate bill.

The legislation would lift the controversial gun free zone on Florida’s public colleges and universities that has been the subject of much public debate in recent years.

Last session a GOP-backed measure made progress in the House but was sidelined in the Senate without a final vote after a barrage of ads funded by out of state gun control groups amid allegations of improper lobbying by campus police chiefs.

On hand for last week’s committee hearing in the Senate opposing the legislation was Tallahassee Community College President Jim Murdaugh who, when asked by Sen. Ron Bradley what evidence he had that carry permit holders engage in violence in Florida, replied, “I have no evidence to that effect, sir.”

The committee was buoyed by testimony from Professor Gary Kleck of the Florida State University College of Criminology who said, “Defensive gun use is virtually never followed by injury. It is both frequent and effective, and it isn’t likely to be any less so just because they are on a college campus.”

Both bills are now headed to their respective Higher Education committees for review.

Despite some of the most pro-gun laws in the country and over 1.4 million concealed carry permit holders, Florida is but one of five states in the nation to prohibit the open carry of firearms altogether. While the law is currently being challenged in the case of Norman v. State, state Republicans are looking for a legislative repeal with the blessing of the National Rifle Association.

Rep. Matt Gaetz, R-Shalimar, has introduced a measure to bring open carry to the Sunshine State.

“Texas recently made the change and its time we change too,” said Gaetz in a post to his social media account in July.

Gaetz’s mechanism of change is HB 163, which would allow those with a valid concealed carry permit to openly carry a firearm in the state.

Gun rights advocates say the time is now to address the elephant in the room that is Florida’s open carry law.

Hammer said law enforcement lobby groups had made a deal to divert an earlier push for open carry, which was a mistake in hindsight.

“The Florida Sheriff’s Association offered an alternative solution to amend the statutes to say that it is not a violation of open carry to briefly and openly display the firearm to the ordinary sight of another person, unless it is intentional and in an angry or threatening manner.

“Agreeing to that substitute proved to be a very big mistake. The abuse continues and has gotten worse. So now, as promised, we are back to fix the problem,” said Hammer.

The Gaetz proposal was introduced on Sept. 14 and is awaiting committee assignment.