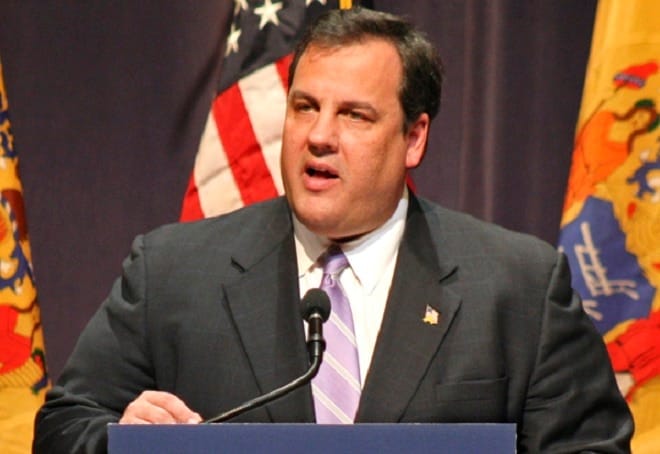 Gov. Chris Christie is facing a drive led by state Democrats hoping to override one of the Republican governor’s vetoes for the first time. (Photo: AP)

New Jersey Democrats are shopping for enough votes to power through gun legislation despite a veto from Republican Gov. Chris Christie last month.

In August, Christie torpedoed a measure that would have added steps to those seeking to clear certain mental health records for the restoration of gun rights. The bill would have required individuals looking to erase old mental records so that they could legally purchase firearms first notify the state attorney general’s office and others of their efforts.

“I cannot endorse a continued path of patchwork proposals and fragmented statutes that add further confusion to an already cumbersome area of law,” said Christie in a 27-page veto message of S 2360.

The proposal, which had originally passed both chambers of the state legislature in unanimous votes, is not as popular with Republicans the second time around.

Minority Chief Jon Bramnick, R-Union, one of the sponsors of the bill on its first trip through the legislature, contends a compromise can be made with Christie and does not support the move to override the Governor’s veto.

“They appear to seek out the place they will divide Republicans or divide individuals,” Bramnick said in a release calling out Democrats for what he termed diversionary tactics. “The large issues within the state of New Jersey are the financial system, jobs and excessive taxes.”

Leaders across the aisle, who do not have a clear two-thirds majority to muscle a veto override without bipartisan support, contend GOP lawmakers should stick by their original votes.

“If they reverse themselves, eventually they will have to look at themselves in the mirror and explain to people who they can back away from something they supported,” said state Senate President Stephen Sweeney, D-Gloucester.

In the past, all of the nearly 50 override attempts of Christie’s vetoes by the legislature have failed.

It is hard to forecast what a sustainment or override would translate to Christie in his efforts to move into the White House in 2016 against a packed field of competitors for president. The latest CNN/ORC survey of potential candidates released Sunday shows Christie in 9th place with 3 percent support.