German SWAT team takes chainsaws to their office after being disbanded 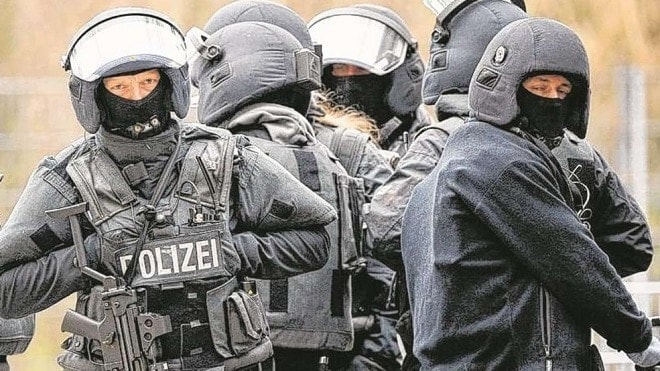 SEK commandos, operated by the police forces in Germany, are probably better laid off on a Friday. (Photo: bild.de)

In a show of pre-Oktoberfest release, police commandos in Cologne got blitzed then took chainsaws and motorbikes to their former HQ upon hearing they were out of a job.

Tasked with high-risk operations against criminal gangs in the city of one million, the team got itself in hot sauerkraut when hazing rituals for new recruits earned the scorn of the chief. Tired of the Scheiße, Wolfie shut the group down and banned a number of its members from transferring to other SEK teams in the country.

This didn’t sit too well with the kommando who reportedly went to work on their operations room with chainsaws and rode a motorbike through the halls during a farewell cookout that included (a little) liquor.

“We were the ones who set this room up, now we’re going to return it to its original state,” they reportedly said.

Police representatives told a German tabloid, “They said they were taking back what belonged to them,” adding that “we are investigating further.”