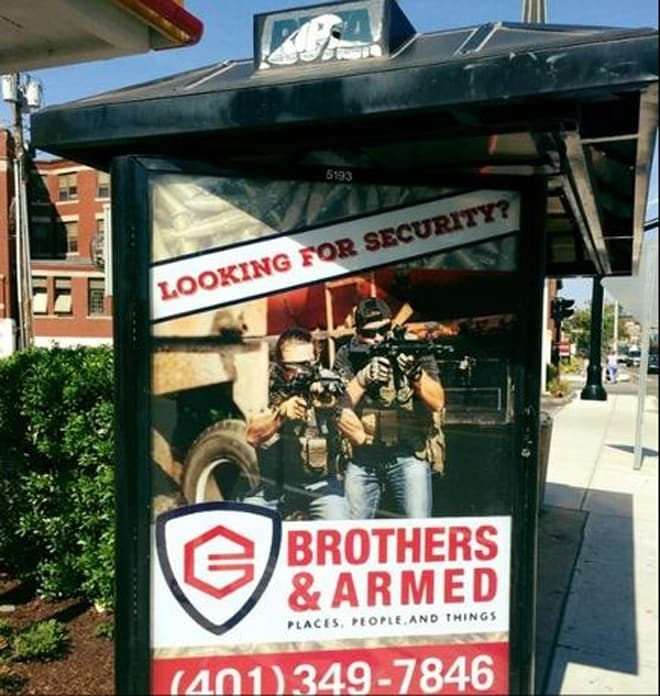 Following complaints from Elmwood residents, advertisements for a security company have been removed from at least 10 bus shelters in and around Providence, citing the ads – which feature two men holding guns – as glorifying gun violence.

Rachel Newman Greene, director of partnerships at the West Elmwood Housing Development Corporation, called the ads an “appalling normalization of violence, an assault on our neighborhoods and a reprehensible assault weapons-based ‘service’” in a Facebook post Thursday. By Friday morning, the ads were removed, with Michael Murphy, vice president and general manager of Lamar Outdoor Advertising issuing an apology and stating the ad was put up without internal oversight.

However, Brian Paige, owner of the security company in question, Brothers and Armed, said it was a Lamar advertising representative who designed the ad. Murphy confirmed the company will design a new, less offensive ad for the company.