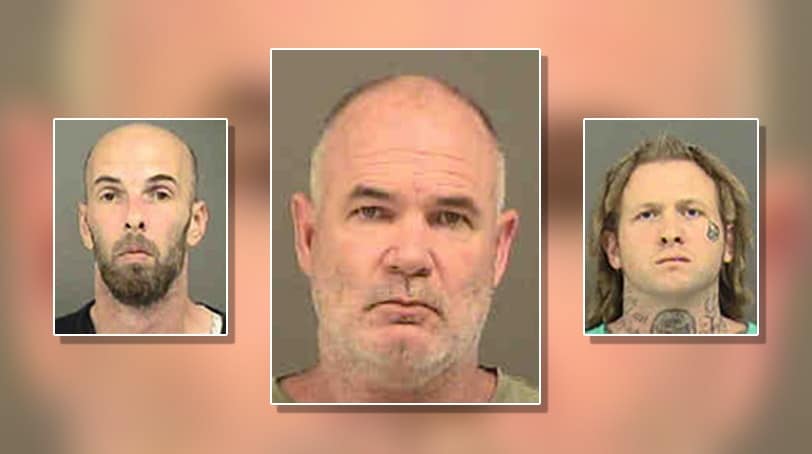 A grand jury indicted a North Carolina man for his role in allegedly gathering firearms and making explosives in an attempt to violently resist perceived action by the United States government, federal officials announced last week.

Walter Eugene Litteral, 50, of Gastonia, was one of three defendants charged separately who believed the federal government was planning to impose martial law, the Federal Bureau of Investigation said Friday.

The other two men, Christopher Todd Campbell, 30, of Mt. Holly, N.C., and Christopher James Barker, 41, of Gastonia, have agreed to plead guilty.

The three men have been in federal custody since their arrest in August. Authorities claim the men planned on resisting military occupation with violent force and stockpiled ammunition for a .338-caliber rifle, handheld radios with throat microphones, Kevlar helmets, body armor vests and balaclava masks.

Law enforcement became aware of the group’s activities in June, when it was learned the men were gathering components – including smokeless gun powder, dummy grenades, fuses and other material – for the manufacture of improvised explosive devices. The following month, investigators learned Campbell was “reconstructing live grenades from ‘dummy grenades’ sold legally as military artifacts,” the Department of Justice said.

The men also allegedly attempted to manufacture pipe bombs, supplies for which they obtained through Barker, who had access to plumbing supplies through his work. The men would then  test the devices in Shelby, the DOJ said.

The men also attempted the illegal straw purchase of an “assault rifle,” where Litteral agreed to obtain the firearm for Barker, a convicted felon prohibited from purchasing or possessing it, authorities allege.

To help finance their activities, Litteral allegedly sold drugs prescribed to him. He was legally receiving approximately 240 hydrocodone and 90 oxycodone pills each month and sold about 150 pills per month to Barker and an unknown amount to Campbell.

Litteral is charged with six counts, including conspiracy to violate firearms and explosives laws and making false statements in acquiring a firearm, drug distribution and others. Litteral faces a total maximum sentence 70 years in prison.