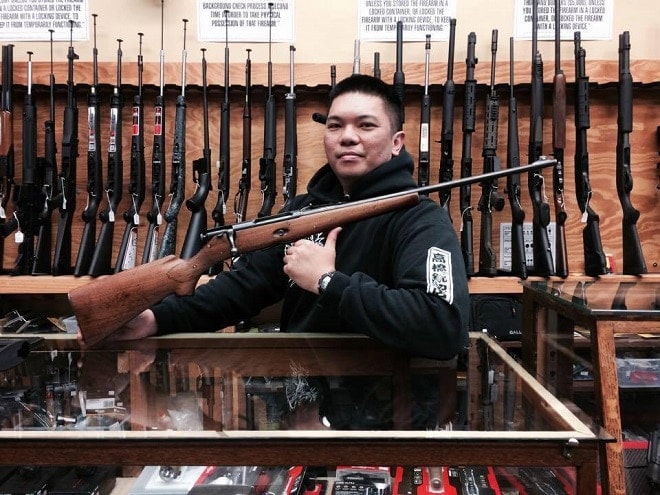 The mood is somber at High Bridge Arms as the shop is closing following introduction of a law to video all gun and ammo sales and transmit data to the police department.

In July, Supervisor Mark Farrell asked city attorney’s office to draft legislation increasing restrictions on gun stores operating in the city to mandate the recording of sales, storing the videos for at least five years, and transmitting data on buyer and firearms to police at least once a week.

With the proposal’s planned introduction, owners of High Bridge Arms — the sole gun shop in the city of 830,000 —  had feared the new regulations would mean the end of the shop over requirements to hand over personal information to include names, addresses and birth dates to city officials in conjunction with gun and ammo sales.

With the ordinance formally introduced earlier this month, High Bridge made it official and is having a going out of business sale.

“Dear friends and family, it’s with tremendous sadness and regret that I have to announce we are closing our shop,” the shop posted to their Facebook page. “It has been a long and difficult ride, but a great pleasure to be your last San Francisco Gun shop.”

The store is has confirmed they will clearance out their inventory in preparation to close the doors for the last time at the end of October.

“Orders for any items we don’t have must be placed before the 15th of October,” reads another notice.

The city ordinance, as outlined by Farrell, would mandate that all sales of firearms or ammo in the city limits be recorded on video and stored for a minimum of five years. Further, it directs a list of personal data be collected from any buyer and transmitted to the SFPD within a week of the sale.

To news that his legislation may force the shuttering of High Bridge, Farrell was candid.

“Prioritizing the public safety of our City’s residents always comes first, and trumps all else,” posted to his Facebook page in reference to the store’s possible closure.  “My gun control reforms are intended to close known loopholes that exist in state and federal law. And, the facts don’t lie — jurisdictions with the strictest gun control laws on the books have less gun crime compared to those who don’t.”

The most high-profile recent murder in the Bay Area city, that of Kathryn Steinle, 32, has been tied to an illegal gun wielded by an undocumented immigrant with a criminal record who allegedly used a gun stolen from a Bureau of Land Management ranger’s car.

While city lawmakers may see the closing as a win for public safety, Bay Area gun owners see otherwise.

“With other gun shops right outside city limits, the closing of Highbridge Arms will only result in inconveniencing law-abiding folks who will now have to drive a little extra out of their way for their firearms needs,” said Chris Cheng, Top Shot winner, NRA Commentator and city resident, to Guns.com. “I’m confident the criminals will still be able to acquire firearms through the trunks of cars and other nefarious sources within city limits.”

“I visited the shop often and there would always be regulars there hanging out and socializing,” he said. “It’s terribly sad that San Francisco will no longer have a gun shop.”