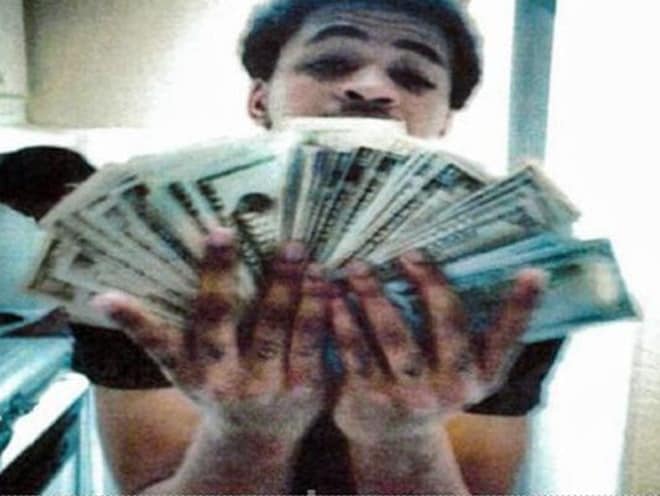 A 21-year-old Houston man was given a prison sentence on Monday for more years than he’s been alive after a Facebook post bragging about a heinous crime helped lead to his conviction.

DeAndre Bryant, 21, was convicted of aggravated robbery with a deadly weapon and now faces 35 years in prison. Bryant and his friend, Greg Young, violently assaulted a 70-year-old man and his wife outside of their home last year before dragging the couple into in the house and holding them at gunpoint as they burglarized the couple’s house.

The young men made out with nearly $60,000 worth of loot, including $12,000 in cash, numerous guns and the couple’s truck. After the crime, the suspects tossed the gloves they had been wearing in a nearby parking lot, but an observant passerby snapped photos of the license plate of the car driven by the suspects, which was later traced back to Bryant’s girlfriend.

Along with the photos and other evidence collected by authorities, Bryant’s own actions helped seal the deal when he decided to post pictures on Facebook of the cash he and Young stole from the elderly couple.

Young’s trial is scheduled to begin in February.