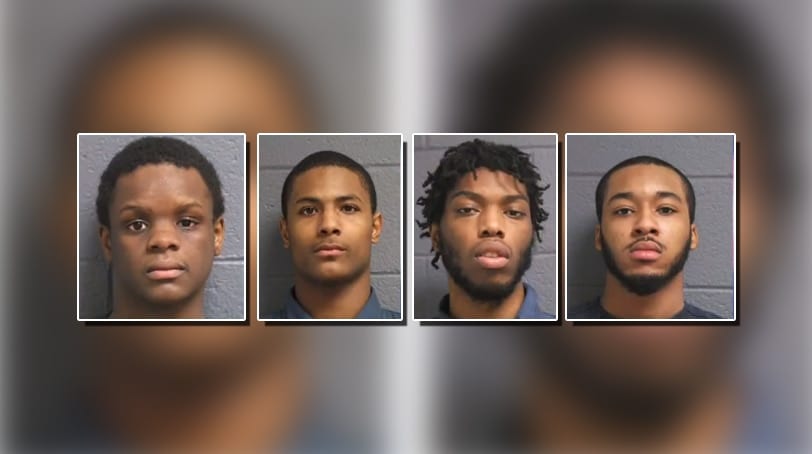 Four of the eight gang members who were captured after authorities followed their virtual trail of crime. (Photo: Detroit Police Department via ABC 7)

Several members of a violent Detroit street gang are now behind bars and face a slew of charges, which were laid out by the Justice Department in an indictment made public Tuesday.

The arrests came as a collective effort between federal agents and the Detroit Police Department and thanks, in part, to a record of the gang members’ crimes via social media sites.

The eight young men in custody are members of the gang known as the “Band Crew,” which was formed in November 2011 and believed to be comprised of and working with a number of smaller, neighborhood gangs.

The gang is said to have wreaked havoc around northwest Detroit, causing fear and intimidation with the residents of the neighborhoods they claimed as their own. Authorities believe members of the Band Crew are responsible for numerous gas station robberies, home invasions, shootings, assaults and attempted murder, in addition to dealing in drugs and stolen guns.

According to the indictment, members regularly used methods of intimidation with both victims of their crimes as well as witnesses in order to keep them quiet about the criminal activity, but federal officials say members kept a convenient, electronic record of their crimes on Facebook, Twitter, Instagram and YouTube, in which they continuously bragged about their illegal activities.

All eight suspects will remain in custody at least until their next court hearings and, if convicted, will likely face several years behind bars.