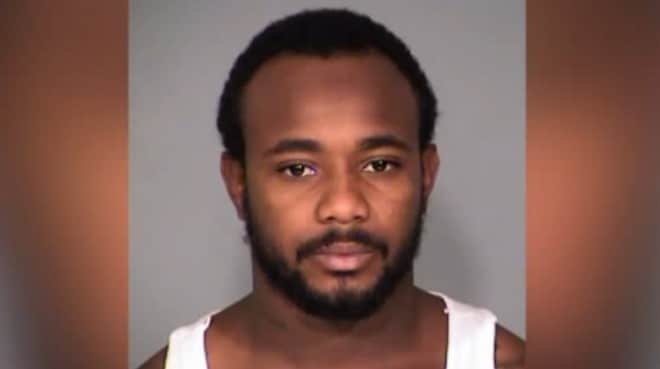 Anthony Talley was already wanted by authorities when he was shot during the attempted robbery. (Photo: Indianapolis Metropolitan Police Department)

A man is in critical condition after he was shot multiple times during an attempted robbery of an elderly woman inside her Indianapolis home office Monday evening.

The suspect, who was later identified as Anthony Talley, 27, apparently walked into the woman’s office just before 5 p.m. under the guise of doing business, but as the two were engaged in a conversation, Talley pulled a gun on the 75-year-old woman in an attempt to rob her. Unbeknown to Talley, the woman’s 76-year-old husband was at the back of the home, armed with a gun and did not take well to Talley’s threats against his wife.

The elderly man, fearing for his wife’s safety, shot Talley several times, including at least once in the head. When responding officers arrived on the scene, they found Talley lying inside the home with extensive injuries. He was transported to the hospital where he remains in critical condition.

Sgt. Brian Gabel, with Indianapolis Metropolitan Police Department, confirmed to the Indianapolis Star that Talley, who has a lengthy criminal history, had numerous warrants out for his arrest at the time of the attempted robbery and was wanted for strangulation, as well as drug and gun charges.

The elderly couple, whose name was not made public, was not physically injured during the altercation, but suffered a great deal of emotional distress. Authorities do not expect the husband to face charges for the shooting, as he acted in defense of his wife.

The couple apparently owns several rental properties and, according to neighborhood residents, people often come in and out of the house at all hours of the day, dropping off checks and other activities that come with rental properties, but the area is still typically quiet. It is unknown if Talley had previous dealings with the couple, but the robbery did occur in the office area of the home.