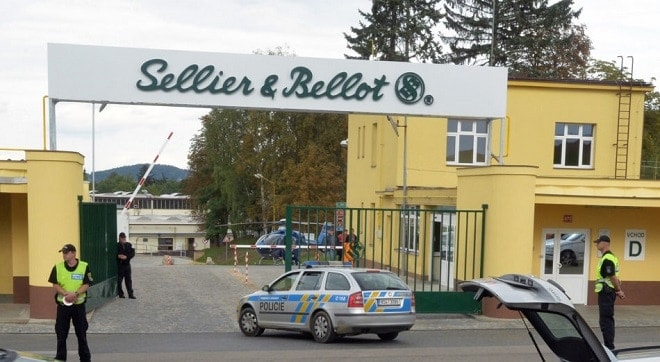 Police on the scene at the Sellier & Bellot ammo plant after a fatal explosion this week. (Photo: CTK )

An explosion at the historic S&B complex that left a number of workers injured and three dead rocked the town of Vlašim in the Czech Republic this week.

The blast, which occurred Monday, is under investigation by authorities who recovered the bodies of the missing workers as noted by the Prague Post, an English-language Czech news aggregator. What is known at this point is that a quantity of trinitroresorcinate, more commonly known as lead styphnate, a component traditionally used in the manufacture of primers, exploded.

Sellier & Bellot was founded in August 5, 1825 by German businessman Louis Sellier who, along with Maria Nicolaus Bellot, established a plant near Prague in what is now the Czech Republic to produce primers.

The plant, which produces two million cartridges per day, employs 1,400.

As noted by the Prague Post, since 1967 the Vlasim plant has been the scene of at least two other fatal explosions.

Brazilian company CBC, one of the largest ammunition manufacturers in the world, owns S&B along with Magtech and the German MEN concern. Besides ammo, CBC produces a number of firearms in Brazil for export.