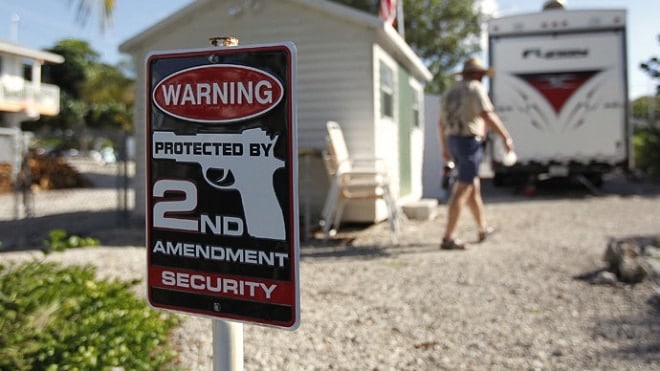 Florida has rushed through more than 7,500 permits in the past 60 days for veterans and active duty military. (Photo: Reuters/Andrew Innerarity)

Responding to an order to fast-track concealed carry licenses for vets and active duty military, the Sunshine State has issued an average of 125 a day for the past two months.

As a response to a terror attack in Chattanooga, Tennessee that left three U.S. Marines and a Navy sailor dead, Florida Gov. Rick Scott (R) instituted a number of measures to help allow those in uniform more protections. Among these was to authorize the Florida Department of Agriculture and Consumer Services to expedite the permits of those in the military– to include the Florida National Guard– as well as veterans.

As noted on the department’s webpage, currently serving personnel need to submit a copy of their CAC card while honorably discharged veterans have to do the same with their DD-214.

While the state strives to have applications turned into licenses within a 30-day window, officals report they are seeing a much faster turnaround.

“So, we developed a business model. And, since then, 60 days ago today since we basically started looking at this, I’m pleased to report we have issued 7,549 licenses to either current military personnel and/or veterans,” DACS Director Grea Bevis told state lawmakers this week. “Currently, we’ve got 311 in a respective queue and our average time right now is roughly six days on turnaround.”

To put those numbers into perspective, the state of New Jersey, which has a very strict-may issue policy when it comes to concealed carry, had 1,212 permit holders in the entire state as noted in a 2014 study.