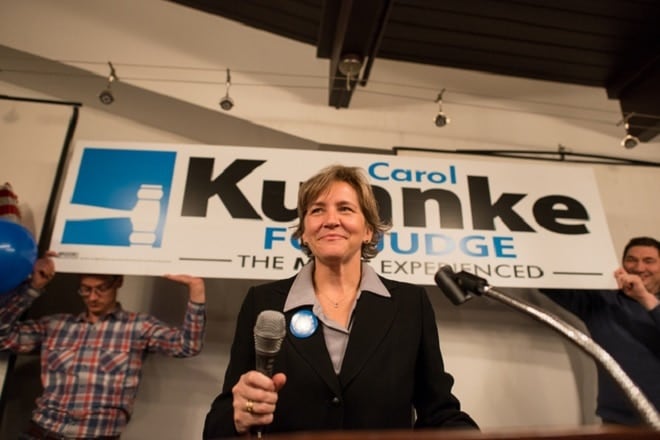 Following the dismissal of a lawsuit brought against the Ann Arbor school district challenging a ban on firearms, the group backing it is crying foul.

The suit had its roots in an incident earlier this year when a lawful open carrier attending his sister’s performance at an area high school was subjected to both public ridicule and police attention because he was armed. Following the backlash, the district moved to ban all firearms outright on school grounds under their control.

Arguing the ban was in violation of state law, Michigan Gun Owners filed suit against the district in April, which was thrown out by Washtenaw County Judge Carol Kuhnke this week.

In justification for dismissing the suit, Kuhnke cited the school district is not a unit of government as defined under state law, meaning that while, for example, a city or county could not make gun policy, the district could.

MGO attorney Jim Makowski said Kuhnke, facing an upcoming election, looked past the law, and made a politically motivated choice.

“It’s my opinion she did not follow the law. I think the law is crystal clear,” said Makowski as reported by MLive.com.

School officials on the other hand are delighted with the ruling.

“We are thrilled, I don’t think we are surprised,” said Ann Arbor School Superintendent Dr. Jeanice Swift. “I don’t believe it’s a teacher and an administrator’s job to determine the intent of that person who is walking into a school – I think it’s very important that we keep sacred a learning environment where our children don’t have to question – our staff doesn’t have to worry – where we are protected and safe.”

The gun rights group is planning an appeal.