What's being done about the Can Cannon conundrum 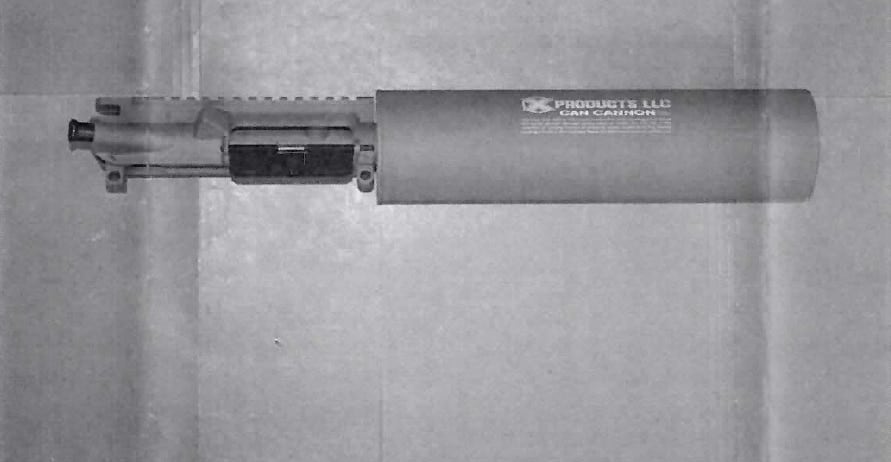 The Can Cannon sample sent to federal regulators. (Photo: ATF)

Federal regulators recently determined that modifying an AR-style gun with the attachment to launch soda cans is prohibited under federal law. Yet, with the proper paperwork, the owner of a Can Cannon has nothing to worry about, but those who don’t could find themselves in a legal conundrum.

Under federal law, a Can Cannon is not considered a firearm so it is legal to own, but it can turn an AR rifle into a short barrel rifle, which is considered a National Firearms Act item and requires the owner to obtain legal approval by state and federal authorities and pay a $200 tax.

The determination letter by the Bureau of Alcohol Tobacco Firearms and Explosives identifies specific design issues — such as a “smooth bore” — but to simplify the ruling the Can Cannon is powered by propellant gases expelled from blank cartridges.

“Unlike many blank firing devices that are not classified as firearms, the can launcher uses a modified barrel upper assembly that is capable of firing live ammunition,” said Ginger Colbrun, ATF’s public affairs chief, to Guns.com.

In other words, owning a Can Cannon is fine as long as you don’t use it, but that begs the questions: Why keep it? That’s what the maker of the Can Cannon, X Products, is addressing right now.

There are an estimated 4,000 to 5,000 Can Cannons in circulation in the U.S, so offering refunds to an equal number of people would bankrupt the company, said James Malarkey, X Products spokesman.

Using the determination letter, Malarkey said the company has already altered the current design to adhere to federal regulations.

“We’ve tested it already and everything works, so we’re just going to send it in and then we’re going to wait the 90 to 120 days (for the ATF) to reclassify it,” Malarkey said and added that he thinks the changes actually improved the design.

“Now we assume that this is gonna get approved and what our plans are upon approval, which we’re hoping for, is to create an exchange program,” he said and added the program would likely require owners to mail the product in and pay $20. However, any cost would be reimbursed through something like an ammo voucher.

But if the ATF shoots down the altered design, the company has a back up plan. “Say they look at it and say, ‘No, no it still has smooth bore’ or something crazy like that then the other alternative is make a 16-inch long tube, which, in my opinion, isn’t the route I want to go because it takes away from the aesthetics of the product, but it would be an option,” Malarkey said.