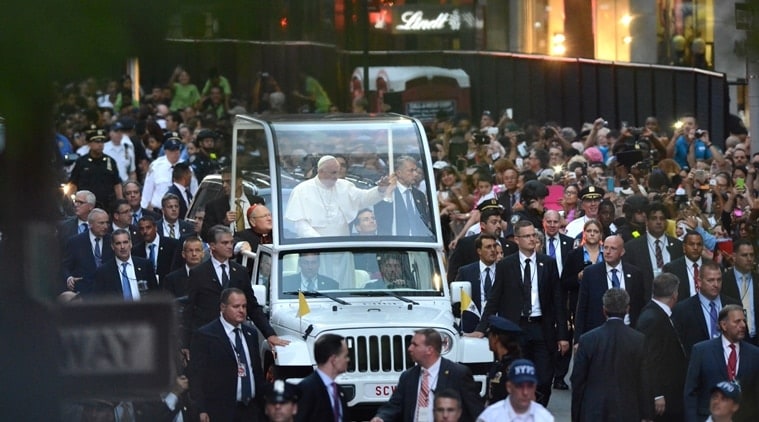 Pope Francis visited New York on Friday and delivered remarks to the United Nations, chiding leading nations “charged with the conduct of international affairs” for allowing “wars and conflicts” to persist through political inaction.

Those words came ahead of a speech the pope gave to Congress on Thursday where he chided nations of the world for supporting the global arms trade.

“Why are deadly weapons being sold to those who plan to inflict untold suffering on individuals and society?” he asked. “Sadly, the answer, as we all know, is simply for money: money that is drenched in blood, often innocent blood. In the face of this shameful and culpable silence, it is our duty to confront the problem and to stop the arms trade.”

An area of contention among conservatives, many feel the pope has been too liberal in some of the comments he’s made and stances taken on various social issues. The pontiff gave U.S. voters the opportunity to reflect on their preferences regarding religion and politics.

When asked if it was appropriate for local religious leaders, like parish priests, ministers, rabbis or imams, to suggest who one should vote for, some 75 percent of likely U.S. voters said no, according to results of a Rasmussen survey released Friday.

Only 28 percent said the level of influence was just right, Rasmussen said.