14-year-old in critical condition after breaking into 'wrong house' 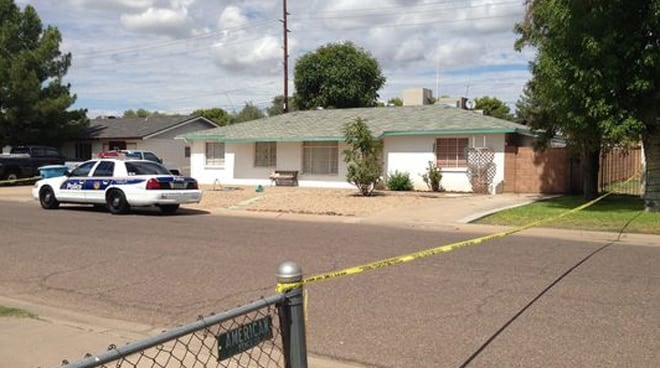 Despite several warnings and the homeowner even hitting the knuckles of the intruder with his pistol, the teen proceeded to try to get into the home. (Photo: Fox 46)

A 14-year-old boy is fighting for his life after he was shot while attempting to break into a Phoenix home Tuesday morning.

The homeowner, a man in his 60s who uses a cane to get around, said he grabbed his pistol when he heard glass breaking around 10:30 a.m. When he went to investigate, Stanley Ganes found the teen attempting to crawl through a broken window. Ganes warned the teen several times that he was armed and it was in his best interest not to proceed any further. But the suspect ignored Ganes’ warnings and still tried to get in through the window.

“He tried violently to open it,” Ganes told a local Fox affiliate after the attempted break-in. “I hit the back of his knuckle with my pistol saying, ‘Hey, no way, get out of here.’”

Still, the teen kept forcing his way in, but when he reached around behind his back with his other hand, Ganes feared he may have been going for a weapon, and he opened fire, striking the suspect a single time in the shoulder.

The suspect then fled on foot, climbing over a fence to get away. First responders found him several blocks away, severely wounded. He was transported to a local hospital and remains in critical condition. Ganes was uninjured.

The suspect, who has not been publicly identified, was first believed to be between 17 and 20-years-old, but authorities confirmed Thursday he is just 14-years-old. Nonetheless, Ganes said although it is unfortunate for someone so young to be up to no good, if put in the same situation, he would have reacted the same way.

“Wrong house, truth, I don’t hold back from the truth, wrong house,” said Ganes, adding that he is only six feet above breathing and he treated the teen breaking into his home the same way.