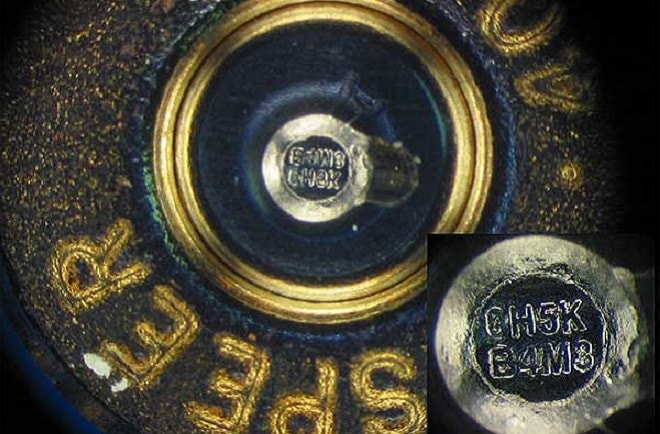 Gun industry groups, who argue microstamping is unreliable, serves no safety purpose and is cost prohibitive, are taking California back to court over the mandate to carry it out. (Photo: ucdavis.edu)

At stake is California’s 2007 law that requires new firearms sold in the state to have the capability to permanently mark shell casings fired through the gun with an identifying mark. In effect, creating a serialized shell casing that could be tracked back to the gun that fired it.

The suit, originally filed last year by the National Shooting Sports Foundation and Sporting Arms and Ammunition Manufacturers’ Institute, challenged state Attorney General Kamala Harris in her official capacity as head of the Department of Justice.

California Superior Court Judge Donald Black dismissed the case this July. In his ruling, Black cited the doctrine of sovereign immunity precluded the argument of the gun industry groups that “the law never requires impossibilities,” which they contend microstamping technology of the sort mandated by the state currently is.

Moving forward, the NSSF and SAAMI are renewing their efforts and on Sept. 17 filed a notice of appeal with the state’s Fifth Appellate District, to which the DOJ replied last week that Deputy AG Nelson Ryan Richards would address.

The gun groups are again taking on the provision of the Unsafe Handgun Act that requires microstamping capability for each new model of semi-automatic handgun before it can be added to the state’s approved roster.

The roster, now in its 15th year and recently upheld by federal courts as constitutional, currently contains 822 approved handguns but is shrinking at a steady rate. Models, which have to be renewed every five years, are dropping off without replacement as manufacturers such as Smith and Wesson have publicly stated they will not include microstamping in its firearms.

Last January the roster held 1,152 approved models, which, when compared to the current figures, translates into a nearly 30 percent decline in the past 21 months.

When it comes to microstamping, the NSSF has long held the practice in its current form does not work.

“NSSF and other groups, including major law enforcement organizations, are opposed to mandating this unproven and unreliable concept,” reads a statement on the gun industry group’s website.

The case is expected to move forward later this year.