Quick Facebook deletions may have saved man from charges 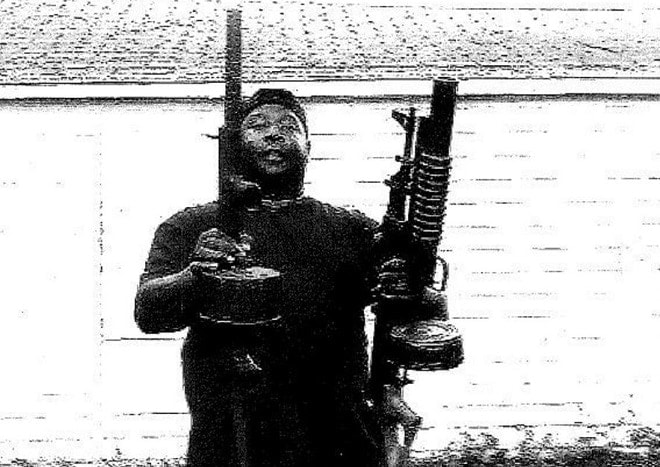 Although admitting to changing his profile picture to one with him holding “Pebbles and Bam-Bam” in an effort to scare co-workers, authorities gave the man a mulligan since he deleted the images.

The development comes in the case of Grady Floyd who got aggravated because co-workers at the Washtenaw County Community Support and Treatment Services in Ann Arbor, Michigan were talking about him.

To help change their minds, he went home and updated his profile image to one of him holding a Striker/SWD Street Sweeper-style shotgun and an AK-style rifle with a grenade launcher attachment, which he referred to as Pebbles and Bam-Bam respectively.

Well it seemed to work, as the co-workers then got scared enough of Floyd to alert authorities who met the man at work the next morning and found him in possession of two handguns.

As reported by MLive.com, since Floyd was a legal gun owner and deleted the images of Pebbles and Bam Bam, prosecutors did not elect to pursue charges.

He was, however, fired by Washtenaw County and is suing his former employer claiming he was unjustly arrested and dismissed. As for the two co-workers who told their collective boss about the Facebook images, Floyd is suing them personally for defamation in a separate filing.

Regardless of how the suits shake out, gun control advocates are holding Floyd up as an example of what they feel is wrong with American gun culture.

“Just a matter of time until he hurts someone, badly,” wrote the Coalition to Stop Gun Violence on their own Facebook page under an image of Floyd. “No sane society would permit such an individual to possess firearms.”

Maybe Floyd will have a third suit at some point. Against someone. Who knows?