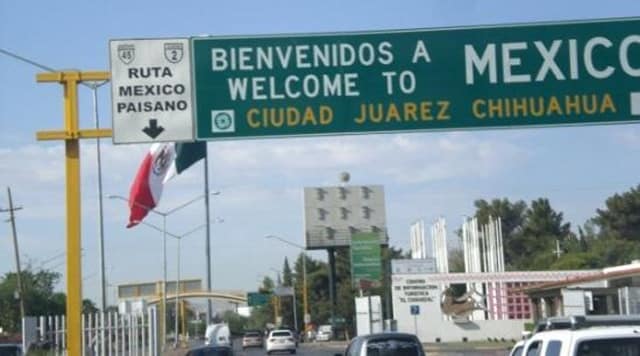 Ciudad Juarez, Chihuahua, Mexico, where the homicide rate peaked in 2010, but has had a rapid decline.

Three El Paso siblings could face up to life in prison for hiring someone to travel across the border into Mexico and murder an entire family, the Justice Department said Monday.

The indictment was unsealed yesterday and a redacted version was released to the public. Although it does not list details of the investigation and the connections between the suspects and the victims, the Justice Department press release does.

The Justice Department said the family allegedly paid someone in between September and October 2008 to travel into Cuidad Juarez to commit multiple murders.

According to published reports, on Oct. 3, 2008, Francisco Maria Sagredo Villareal was murdered in his house in Ciudad Juarez, Chihuahua, Mexico, the Justice Department said.

Federal agents arrested Valencia and Samuel Velasco on Sept. 24 without incident. Emmanuel Velasco was already in custody on a separate federal indictment which charges Emmanuel, Samuel and others with various offenses, including drug and money laundering charges.

This indictment resulted from an investigation conducted by the Drug Enforcement Administration, Homeland Security Investigations and the Federal Bureau of Investigation. Assistant United States Attorney Daphne Newaz is prosecuting this case on behalf of the Government.