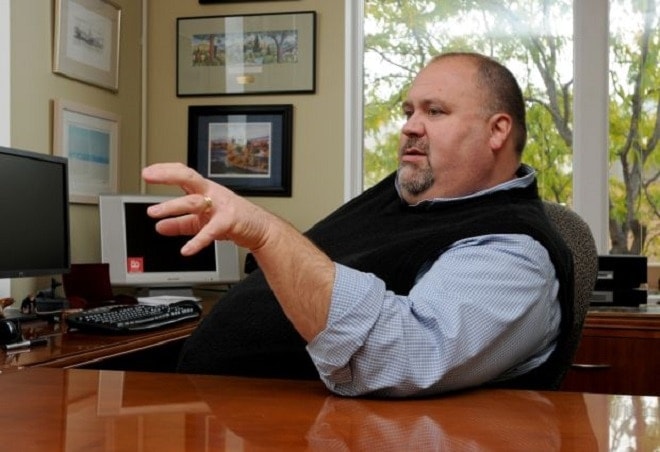 In the face of promised legal action from gun rights groups, the Missoula City Council this week voted for a public hearing on a plan to require background checks on private gun sales.

The ordinance proposed earlier this month is under review by the Council’s Public Safety and Health Committee and would make the gun laws in Montana’s second-largest city stronger than those of the state as a whole. With an outpouring of emails and phone calls from the public, the council voted 10-2 Monday to hold a public hearing on the measure.

“I’ve read all the emails that have come through, and I don’t appreciate veiled threats,” said Ward 4 council member Jon Wilkins. “Hopefully, people can at least be civil. I haven’t made up my mind yet, but I will support the public meeting.”

The measure, which has the support of Missoula Mayor John Engen (D), would mandate federal Brady-style background checks on most gun transfers done inside the city limits to include private sales and at gun shows. There would be some exceptions for police, transfers between family members, and for antique firearms not already subject to federal gun laws.

Engen, one of only two Montana members of Mayors Against Illegal Guns, has a long history of advocating for more background checks.

“A majority of Missoulians believe background checks for gun sales are just good, common sense, and so do I,” said Engen at a 2013 rally for statewide legislation mandating the practice.

Outside support for the expansion is coming in part from Moms Demand Action.

Heidi Kendall, with the Montana Chapter of the group contends their support for the change is to keep guns out of dangerous hands.

“Right now, we have a deadly loophole in Montana law that makes it easy for criminals, domestic abusers and other dangerous people to buy guns from unlicensed sellers online and at gun shows with no background check and no questions asked,” Kendall said in a statement. “I urge our City Council to stand on the side of safety for our children and our community by supporting this common-sense measure to help save lives.”

And Mom’s members are reaching out.

“We received several emails requesting this public hearing,” said Ward 3 council member Alex Taft. “Interestingly, nearly all of those were from women. It made me think about another group of women, mothers in fact, that took action when they saw a public safety issue, and that’s Mothers Against Drunk Drivers.”

State gun rights groups, who have promised legal action should the proposed Missoula ordinance make it into law, oppose the measure.

Some council members also feel the proposed law is flawed.

“It’s an unenforceable ordinance in large part, and there’s a significant loophole which is that anyone who wishes to transfer a gun can simply drive outside to the edge of city limits and do the transfer in the county,” said Ward 2 Councilor Adam Hertz, who was one of the minority votes against holding a public hearing.

Since news of the ordinance broke, area papers have been swamped with opinion letters both for and against, with those in favor advocating for safety in keeping guns out of the hands of those who shouldn’t have them, while those opposed rail against ineffective gun control aimed at law-abiding firearms owners.

The hearing is scheduled for Oct. 19.