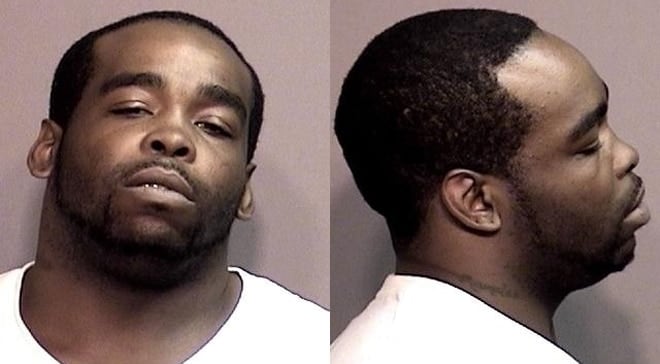 Prior to the execution of a warrant in August, authorities conducted surveillance on Ramelus Bradley and witnessed him making numerous drug transactions. (Photo: Boone County Sheriff’s Office)

A 34-year-old Columbia, Missouri, man was indicted by a federal grand jury on multiple gun and drug charges, the Justice Department announced Monday.

The indictment alleges that while executing a warrant on Aug. 21, authorities found a stash of various drugs pre-packaged for resale, as well as multiple firearms, including a Ruger 9mm handgun that was hidden away under a pillow where Bradley’s baby lay.

Initially, Bradley, who was the only adult in the home at the time of the raid, refused to answer the door, and authorities gained access to the home through forced entry, at which time officers found Bradley standing in the living room in his underwear. Unbeknown to the officers at the time, Bradley was within reaching distance of three guns when the door was forced open. About 22 grams of marijuana was also found to be immediately visible, lying on the floor next to Bradley’s feet.

Authorities searched the home and found 6.5 ounces of cocaine and numerous pills along with the marijuana, all of which was pre-packaged for sale. A digital scale, complete with cocaine residue, was also discovered in the center console of Bradley’s truck. Along with the drugs and paraphernalia, $12,258 in cash was found in the pocket of Bradley’s shorts.

Additionally, authorities recovered three firearms and ammunition in the living room of the home, and a fourth gun in an upstairs bedroom where Bradley’s two infant children were left unattended.