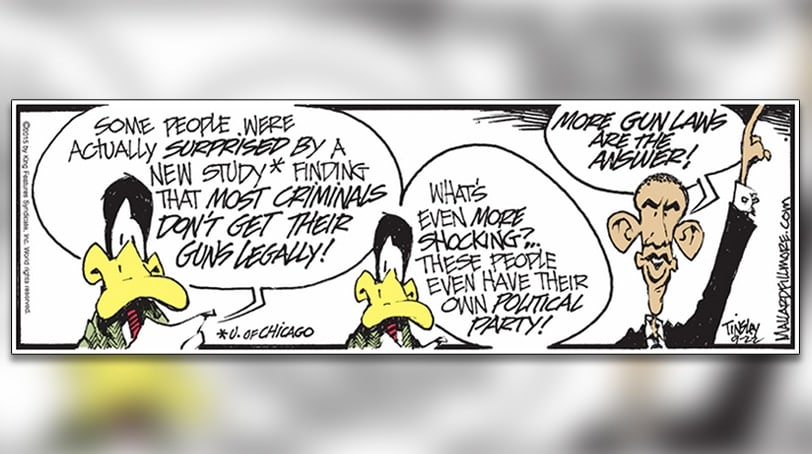 The Columbia Journalism Review on Tuesday called out the Las Vegas Review-Journal for an editorial it published on a recent University of Chicago study seeking to tackle the problem of gun violence in America.

The study, published in a special, gun violence issue of the journal Preventive Magazine, was incorrectly summarized by the Review-Journal, CJR wrote.

The Las Vegas paper’s editorial board wrote that regardless of what measures are put in place, “criminals are not going to follow any gun control law.” It assumed the study was about preventing criminals from obtaining firearms, when, in fact, researchers focused on those who were successful in getting guns, they said.

In response, the Chicago researchers who conducted the study – headed by Philip J. Cook, a figure loathed by the gun rights community – wrote a letter to the paper claiming that by the same logic there would be no reason to have any laws.

“In fact, our research indicates that criminals are very much influenced by existing gun laws,” the letter read. “Background checks and other laws deter most offenders from purchasing guns from gun stores, despite the obvious advantages of doing so. Those who are determined to obtain a gun often attempt to do so by searching for someone they know personally who might have one for sale.”

Background check requirements won’t stop all criminals from getting guns, but the will make it more difficult, the researchers said.

The Review-Journal wasn’t the only publication to misread the study and run with it, CJR found:

David French at the National Review  used the study to argue that gun regulations only “make it harder for ordinary, law-abiding people to buy guns.” The National Rifle Association acknowledged the researchers didn’t conclude that background checks don’t work—but suggested the researchers were blind to where their own evidence pointed them. Even the “Mallard Fillmore” comic strip weighed in, sarcastically inveighing that “more gun laws are the answer!”