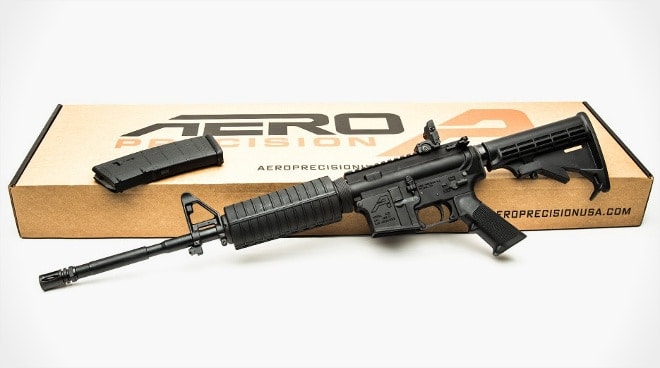 The entry-level AC-15 by Aero Precision is now shipping. The rifle may be basic but it doesn’t cut any corners and it retails at an extremely competitive price point, $699. That’s MSRP and the AC-15 is already listing for less.

Like a lot of entry-level rifles the AC-15 is patterned on the military’s M4 rifle, with a few changes — and improvements — for the commercial market. It’s a 16-inch carbine outfitted with a solid combination of A2 and Magpul components that, dollar for dollar, outclasses a lot of other inexpensive AR-15 rifles on the market.

The company has been selling mid-tier and performance rifles for a while now, and rifle and carbine components for even longer, but this is their first truly budget carbine. Unlike the vast majority of budget guns on the market today, the AC-15 doesn’t omit features or use sub-standard components to achieve it’s low price.

Aero Precision can deliver these guns for less because they’re a manufacturer’s manufacturer. They make the parts used by other companies to build their rifles and carbines; Aero is just cutting out the middlemen and selling these guns under its own brand. 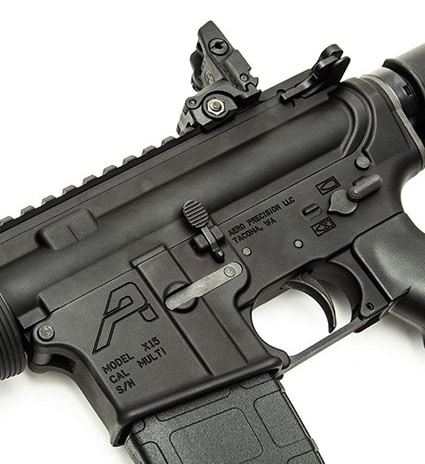 The rifle is built on Aero’s Gen 2 receivers that meet and exceed MIL-SPEC. They’re forged 7075-T6 alloy aluminum with a Type III Class 2 hard-anodized finish and a few added extras. The upper receiver is standard with a shell deflector and forward assist, while the lower takes things a little further with Aero’s flared magwell, threaded takedown detent pin hole and nylon-tipped tensioning screw to remove any wobble between the receivers.

The barrel is 4150 chrome moly vanadium steel with a military standard 1-in-7-inch twist, but instead of a chrome-lined finish, it has a QPQ nitride finish. This is generally considered an upgrade as nitride finishes offer a little more in both the accuracy and hardness departments, and it can predictably extend barrel life as well.

Apart from these small but noteworthy improvements the AC-15 draws heavily on the M4. It has a carbine-length gas system with a pinned front sight gas block and properly-staked bolt carrier. The full-auto rated carrier is 8620 steel and the bolt is Carpenter 158 steel.

Each bolt is high-pressure tested then magnetic particle-inspected for any cracks or flaws and the bolt carrier group has a black phosphate finish. The buffer assembly is also MIL-SPEC with an M4 buffer and receiver extension tube.