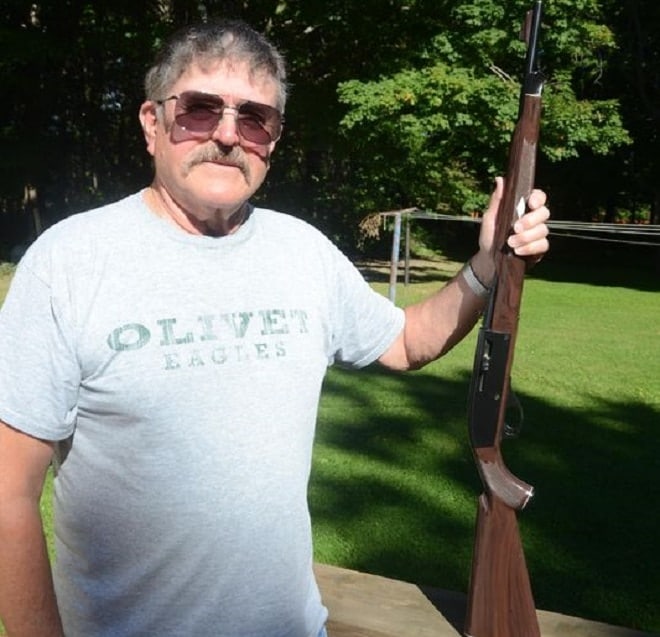 Richard Montague with the Nylon 66 he hasn’t seen since Reagan was in office (Photo: Trace Christenson/The Enquirer)

When Richard Montague had his Remington Nylon 66 swiped from his home in 1982, he never thought he’d get a call it had been recovered three decades later.

“We frankly had forgotten all about it,” said Montague, who had received the gun as a gift for his wife and used it to kill rats on the family farm. “I hadn’t thought about it for years and we never expected to get it back.”

Recovered by police in Covington, Tennessee, the gun had traveled some 650 miles from where it was originally reported stolen in Michigan. Purchased at an estate sale, the new owner attempted to resell the rimfire rifle but when the serial numbers were ran, it came back as being a stolen gun.

Even authorities were surprised the gun was returned after such a long period of time.

“I have never recovered anything from that long ago,” said Calhoun County Sheriff Department Detective Steve Hinkley who coordinated retrieving the gun from Tennessee and returning it to Montague. “The best part of this case is we were able to get it back to the owner.”

As for the Nylon 66, Montague says, “[I]t still looks as good today as it did then. Somebody had taken care of it.”