Why SilencerCo is winning 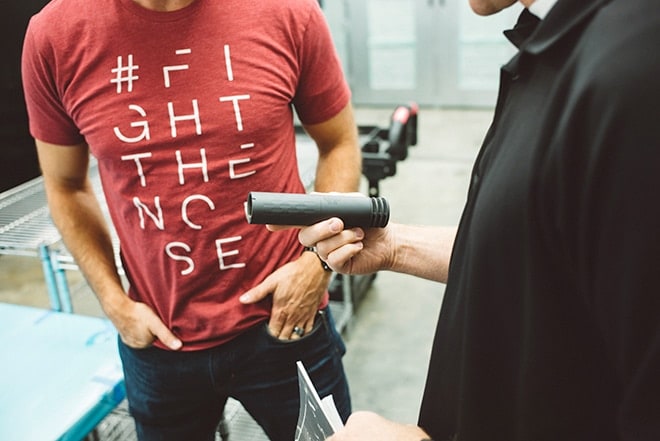 I recently caught up with Josh Waldron, one of the two owners of SilencerCo, who invited me to tour his giant, state-of-the-art manufacturing facility. Waldron and his business partner Jonathon Shults started up SilencerCo in 2008. Back then it was a two-man garage shop. Now they have a warehouse over 72,000 square feet and over 200 employees, and they’re still growing and expanding.

With about 25 silencer products and roughly 100 accessories, SilencerCo ships over 7,000 cans every month. Suffice it to say, I was and still  am impressed. How can this new company do so incredibly well?

I figured the answer is twofold:  First, the public is interested in silencers like never before, and second, there is something unique about this operation in particular that is gaining some serious traction in a gun-friendly marketplace.

As Waldron showed me around the massive facility and shot a few guns (without hearing protection, mind you), I made some simple observations about how SilencerCo is doing so well. Maybe there’s more to it, but I believe there are at least three things they’re doing that allows their business to be doing so well. 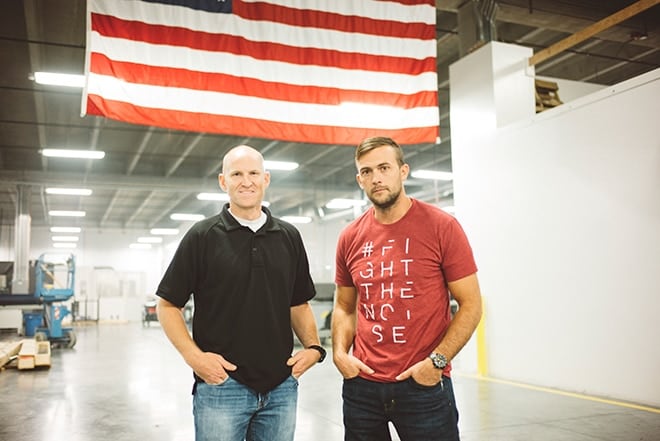 Inside the huge warehouse, I saw a gigantic American flag—red, white and blue. Amid all the gray and drab hue, the beautiful Stars and Stripes gives more meaning and purpose to their entrepreneurship and Constitutional rights than anything else in my mind. Maybe that’s because I’m a military veteran, but nonetheless, seeing the flag was inspiring to me. Waldron told me that the entire crew is gathered up each week and they stand under the flag and say the Pledge of Allegiance. Shoot, a lot of schools probably don’t even do that anymore.

In America, the land of opportunity, families and individuals can thrive. Putting God, family and country first can help us all, and I believe that’s helping SilencerCo.

I believe snipers have serious OCD; they tend to be perfectionists.  Such a description could describe Waldron to a T. 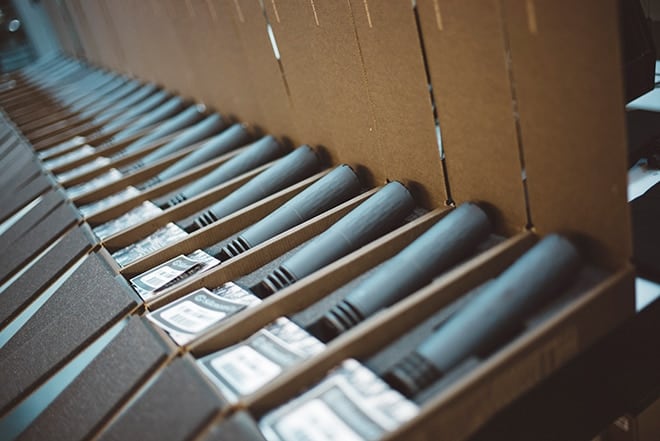 All manufacturing is done in-house and the products they create there are pristine and, well, perfect, or as perfect as I’ve ever seen someone make a suppressor. As advertised, these products take an insane bite of decibels out of a gunshot but also, the measurements are so specific, precise and calculated that shooting seems virtually unaffected by SilencerCo cans.  This is definitely not the case with all commercially available suppressors.

Admittedly, unrelenting perfectionism is what drives this team to make such incredible products. But there is a downside to such perfectionism, too, namely it usually demands a monopoly on your time and attention.

Word of advice, bro, get your wife some flowers. She has to put up with you. Seriously. (Note: The same is true of me too, I’m sure.)

Waldron and his team have been instrumental in major legislative change. The Fight the Noise mural was done in the factory to inspire the employees, Waldron told me. I’ll tell you what’s inspiring though: Waldron and SilencerCo have helped make positive legal changes for gun owners and their right to own silencers. 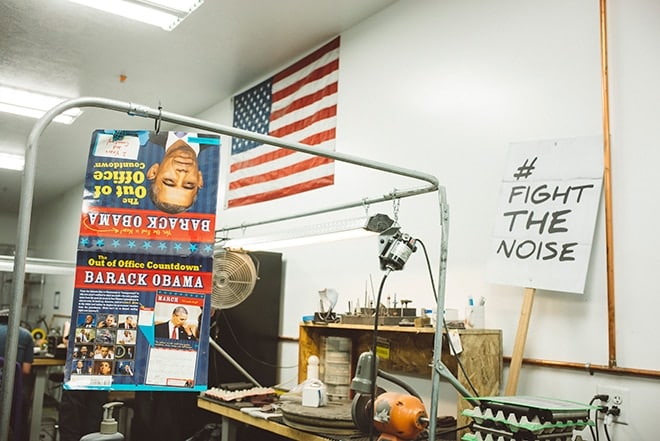 The SilencerCo #FightTheNoise campaign has influenced the passage of over 30 pro gun rights laws. (Photo: SilencerCo)

The Fight the Noise campaign is pro-suppressor for ownership and hunting. I’ve written about my thoughts on this before, but the NFA tax stamp is a major headache for gun owners (not to mention the requirement of the chief law enforcement official’s signature, to indicate that where you reside you can legally own one) and a hurdle to sales for NFA item makers.

Well, here are some changes, thanks in part to SilencerCo’s strong efforts in the last four years:

There have been 30 laws created that describe positive changes for shooters and gun owners who want suppressors.  Where there were 37 states that allowed suppressors, now there are 41 states where it’s legal to possess a can.  Likewise, there used to only be 22 states where it was legal to hunt with a suppressor. Now, you can hunt quietly in 36 states.

Finally, one of the Federal bills Waldron is spear-heading is a ‘shall sign’ law. This means, as long as a person passes a background screening and they live in an enlightened part of the country that allows suppressors, the chief law enforcement officer (CLEO) of the area must sign the paperwork allowing them to own a suppressor.

In the end, it’s great to see people succeed, and in doing so, the SilencerCo team is helping advance gun rights to a lot of Americans through the #FightTheNoise campaign.