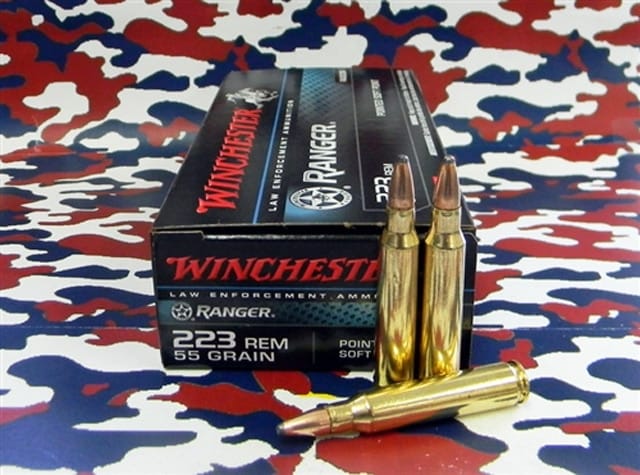 A box of Winchester Ranger 5.56 ammunition.

Winchester Ammunition has been named in a personal injury lawsuit filed this month by a Dearborn policeman in a Michigan federal court.

According to the complaint, Aaron Patrick Hicks, of Milford, Michigan, suffered injuries to his hands, face and ears when a Winchester Ranger 5.56 round exploded inside his AR rifle during a training exercise at the Dearborn Police Department shooting range in September 2013.

The rifle exploded without warning, the lawsuit say. An inspection revealed that the Winchester round had ruptured and was still lodged inside the rifle’s chamber. Both the ammo and the rifle were issued by the police department.

The lawsuit contends that the ammo contained too much gunpowder in the casing, wrong type of gun powder or some other defective condition.

Also, the lawsuit says that Winchester was negligent, arguing the ammo was not adequately tested nor did the company warn consumers about the defect.

According to its website, Winchester lists Ranger ammunition as its law enforcement line and the company holds two patents for the product. The first is a lead-free nontoxic explosive mix and the second is a lead-free priming mixture for percussion primer.

Winchester recalled 12 lots of Ranger 5.56 rounds in June 2011 after incidents with the ammo occurred at two separate police training exercises. A few months before, the company reportedly warned law enforcement agencies across the country not to use some of those lots of ammo because they had caused the “complete destruction” of three rifles.

However, the only identifiers listed in the lawsuit are brand and caliber, so it’s unclear when the ammunition Hicks used was manufactured and to what lot it belonged. Attorneys representing Hicks could not be reached in time for publication.

For his injuries, Hicks is seeking more than $75,000 in damages plus whatever the court deems necessary.

Winchester is a subsidiary of Olin Corporation, a chemical company, that operates facilities in both Illinois and Mississippi.