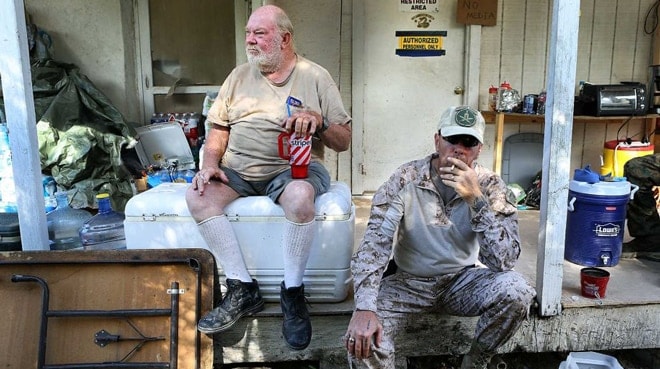 A 48-year-old man who is a member of a militia group outside of Brownsville, Texas, was found guilty on four felony weapons charges, U.S. Attorney Kenneth Magidson announced Thursday.

Kevin Lyndel “KC” Massey, who is an electrician by trade according to a report from the San Antonio Express-News, is part of the group known as “Rusty’s Rangers” or “Rusty’s Regulators,” who participate in armed patrols of the Rio Grande area, searching for and sometimes apprehending illegal aliens. But on August 29, 2014, members of the militia group crossed paths with the Border Patrol, resulting in several weapons charges for two of the group’s members, who, due to prior criminal histories, were barred from possessing firearms.

According to court documents, Border Patrol agents were searching in thick brush for an individual suspected of illegally crossing the border when they encountered John Frederick Foerster, a member of Rusty’s Rangers who was armed with a Zastava 7.62x39mm pistol. Foerster allegedly aimed his weapon at the agent, who in turn perceived Foerster as a threat and opened fire.

Although Foerster was not struck, the encounter led to an investigation where authorities discovered that Foerster as well as Massey, who was in the vicinity when the shooting occurred, both had felony burglary convictions and were therefore prohibited from possessing firearms. Altogether, the Cameron County Sheriff’s Department confiscated five guns from Foerster and Massey.

A couple of months later, on October 20, 2014, Massey was arrested at a motel in Brownsville, at such time he was again found to be armed with a .45-caliber pistol, with another being discovered inside his motel room. Authorities also found over 2,600 rounds of ammunition in the room and Massey’s truck.

Massey, who is expected to appeal the decision, was found guilty on four counts of felon in possession of a firearm. He faces up to 10 years in prison and up to a $250,000 fine. His sentencing is scheduled for Jan. 4, 2016.