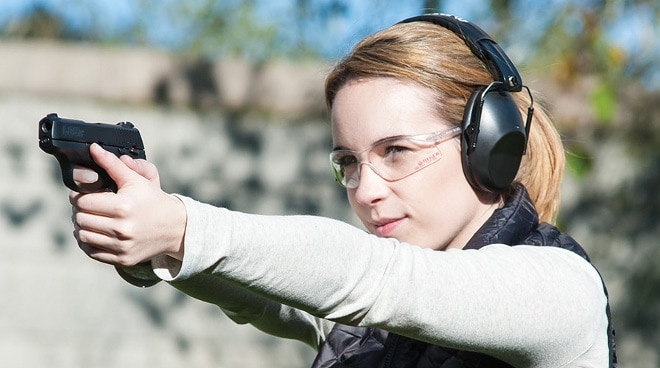 Ruger is making it extra-easy to trade an old LC9 in for a new LC9s with a limited-time offer of $100 to spend on Ruger gear and accessories.

The deal works like this: trade in a used LC9 towards the purchase of a new LC9s, register the purchase with Ruger and redeem the receipt for a $100 gift certificate code to use at ShopRuger.com, Ruger’s web store.

The updated LC9s has the same suggested retail price as the first model at $449, with real-world pricing in the mid- to upper- $300 range.

The original LC9 was a popular and successful single-stack pistol, launched in 2011, tailored to the rapidly-expanding concealed-carry market. The LC9s, introduced about a year ago, uses a new action and offers an improved trigger in the same package. The original model was double-action only where the LC9s is striker-fired.

Ruger recently discontinued the original hammer-fired LC9 in favor of the improved LC9s. The newer design has a much lighter trigger that’s easier to control for better accuracy. The LC9s is offered in two versions, the standard model and the Pro.

The two models of LC9s use the same matte black blued steel alloy slide and barrel and glass-filled, nylon-reinforced checkered polymer frames. They use the same seven-round magazines and accessories including holsters. Ruger also makes nine-round extended magazines that work with all LC9 pistols.

The differences between the standard LC9s and the Pro are the safeties. Like the original LC9, the standard LC9s has a magazine disconnect safety and a manual thumb safety. The Pro model only has a passive trigger safety similar to most striker-fired handguns. Both are drop-safe and have chamber ports to indicate a loaded chamber or not. All LC9s pistols ship with one seven-round magazine, flush and extended magazine baseplate and soft carry case.