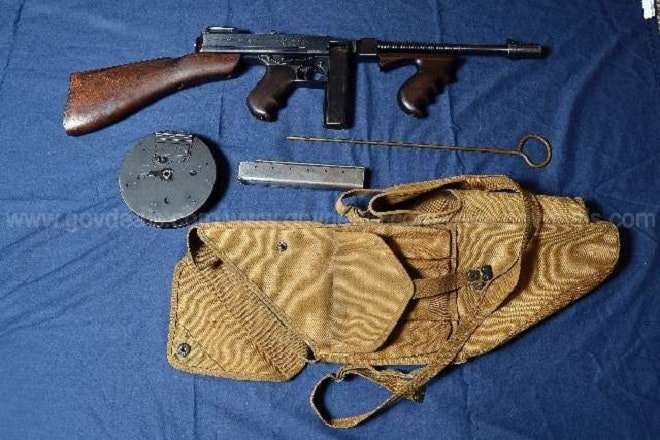 Formerly the pride and joy of the Kinston, N.C. Police Department, the town just sold their pre-owned Thompson up for grabs. (Photo: GovDeals.com)

Kinston, North Carolina had a rare 1921/1928 US Navy Over Stamp submachine gun in their arsenal since 1935. We say had, because they just sold it.

Often thought of by militaria collectors as the holy grail of U.S. sub guns, the Over Stamp came about when Auto Ordnance moved to offload their stock of Colt-made M1921 Thompsons and, modifying them slightly by reducing their cyclic rate of fire from 800 rounds per minute to a more pedestrian 600, over-stamped the “1” in 1921 with an “8.”

According to the auction details on GovDeals.com, Kinston’s Over Stamp, marked KPD 22, was registered in accordance with the National Firearms Act on November 26, 1935, making it transferable to anyone who can complete the paperwork and pay a $200 NFA stamp.

Kinston, with a population of 21,000, is located in North Carolina’s Inner Banks region and in the 1930s was the location of numerous tobacco storage warehouses.

“Back in those days, that kind of weapon was kind of standard,” Kinston Department of Public Safety Director Bill Johnson said earlier this year when the department moved to sell the gun that has spent most of the past 80 years in storage.

“Even private members of the community had some of those. Of course, gangsters back in those days had them, too. But it was acquired back then – it has the ‘certificate of authenticity,’ if you will, from the state. I actually had the state examine it, to say this is a real gun from that time period …. So, pretty much, it’s been in the department since then,” he said.

In recent years several agencies have liquidated their stocks of vintage Tommy guns including St.Louis PD who put a cool $1 million worth of Chicago Typewriters up for sale last year and another North Carolina department who moved to swap two Thompsons for 88 newer semi-auto Bushmasters.

The price, when compared to other recent examples of Over Stamps in the past few years, is about average. 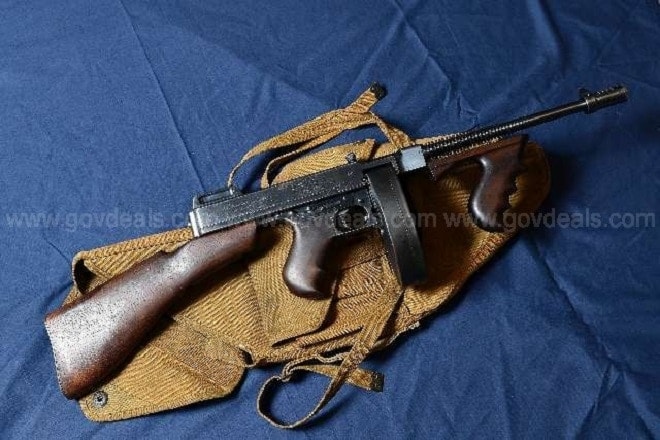 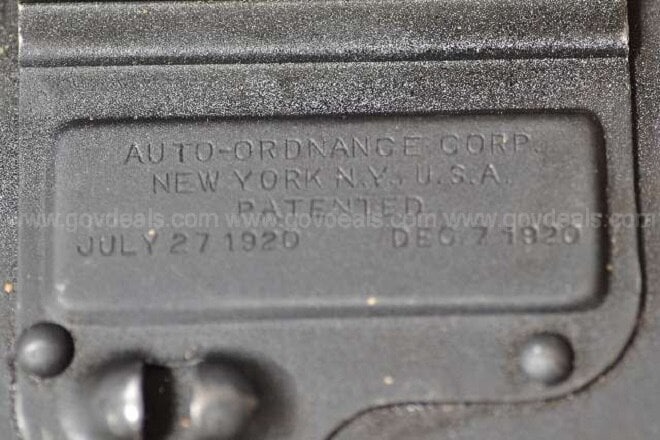 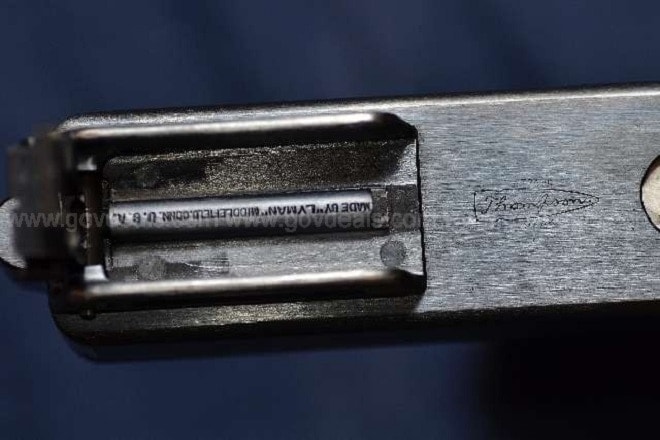 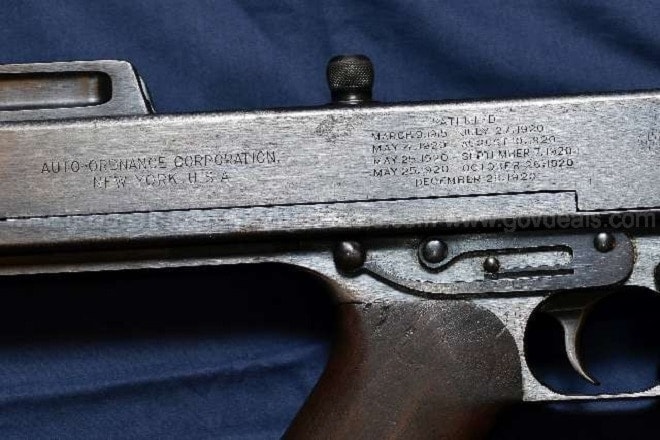 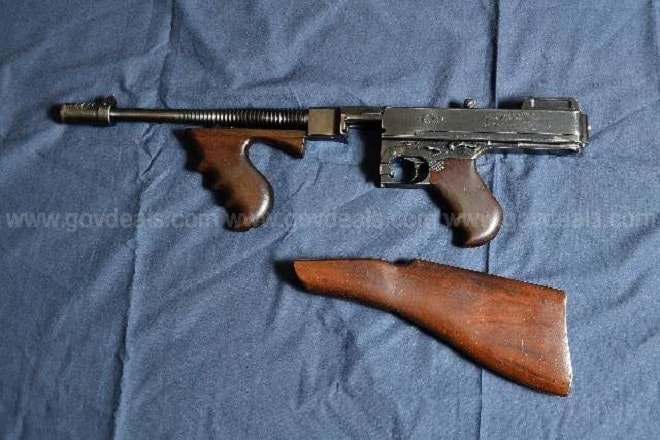 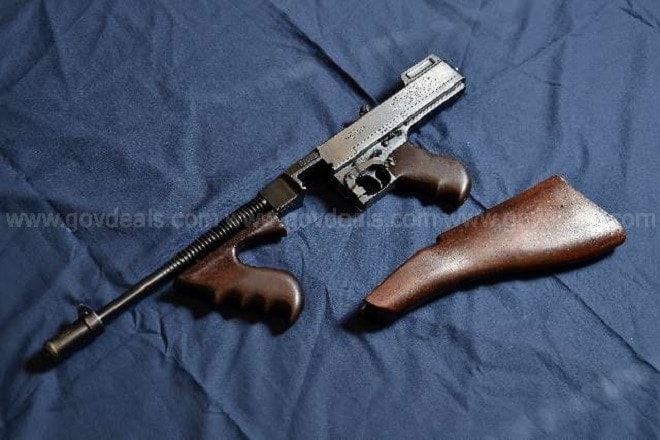 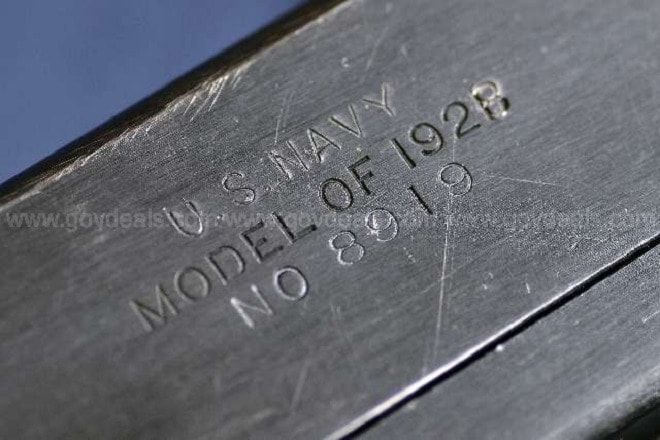 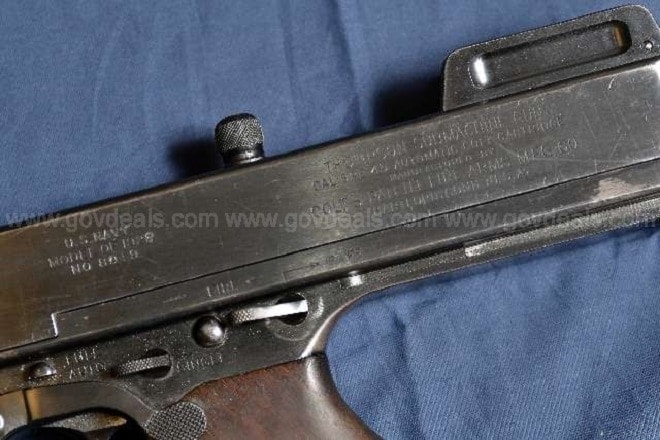 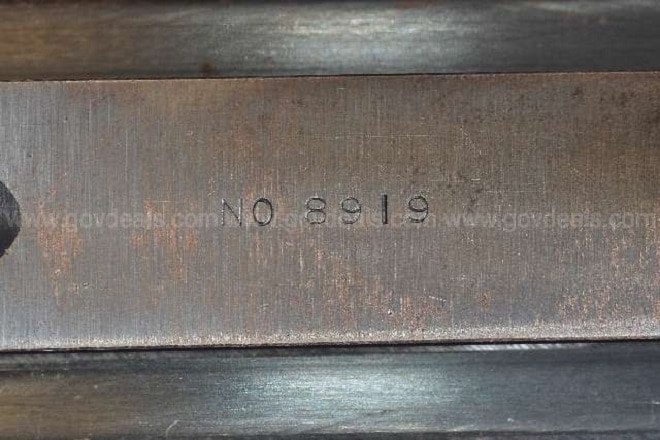 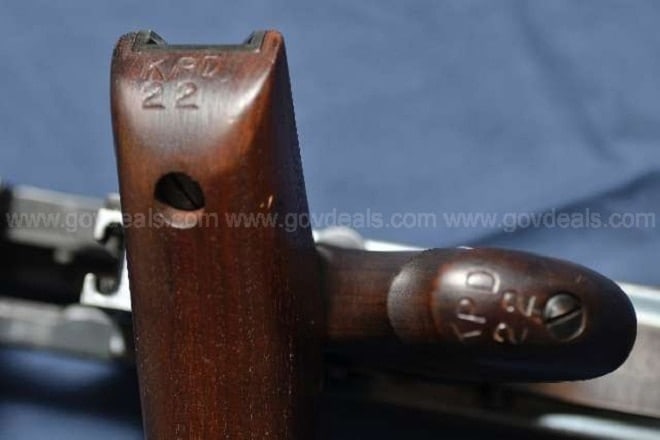